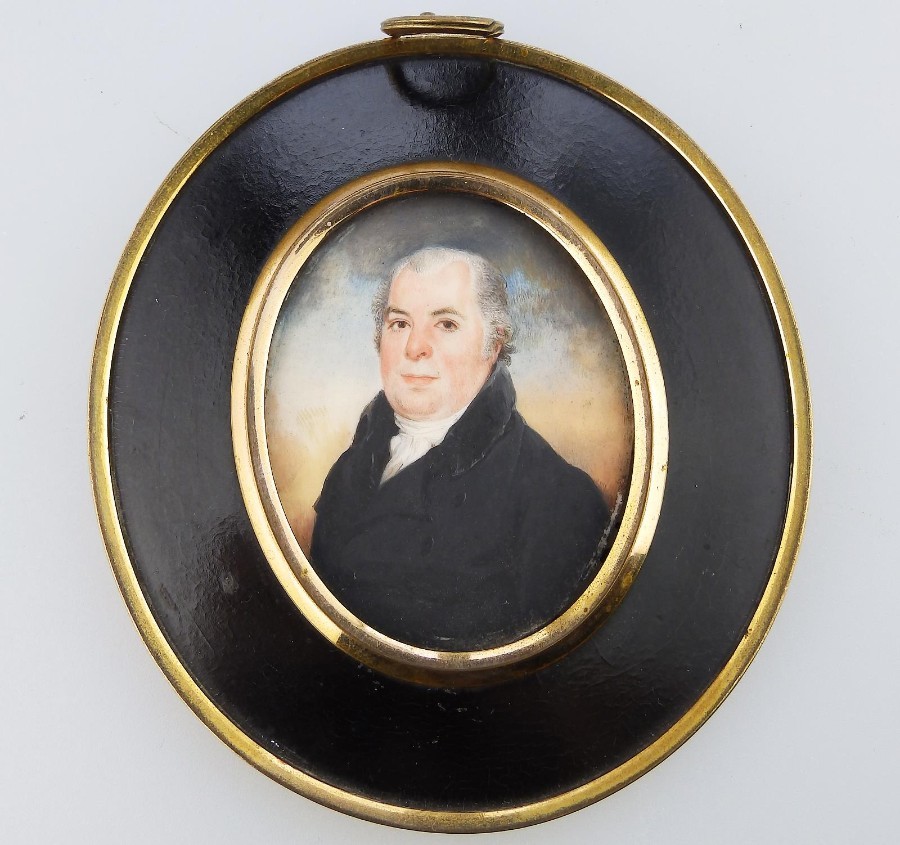 iCollectUK has 783 antiques for sale.
click here to see them all

Circa: 18004.5 inches (11.5cm) height X 4 inches (10cm) width approxGood Antique ConditionPrice includes safe UK shipping - safe International shipping at costThe younger brother of Adam Buck was born in Cork in 1771. He was, perhaps, the Frederick Buck admitted as a pupil to the Dublin Society's drawing school in 1783. He practiced as a miniature painter in Cork for a long period. In 1787 he was living at Fen's Quay; in 1795 in Mardyke Street; in 1810 and for some years after, in George's Quay, and later in Buckingham Square. During the Peninsula war, when Cork was a busy port of embarkation of troops, Buck had so many orders for portraits of officers and others going to the seat of war that he kept a supply of partly-painted ivories to which he added the heads and the regimental facings, etc., when his customers gave him hurried sittings. His miniatures are numerous. They are poor in quality, hard in outline, and badly drawn and modeled. He engraved some book-plates; one of "Joseph Bennett," signed F. Buck, Sct., is in the Heraldic Museum, Dublin Castle. Buck was successful in his profession and was enabled to retire some years before his death, which took place about 1839 or 1840.

iCollectUK has 783 antiques for sale.
click here to see them all