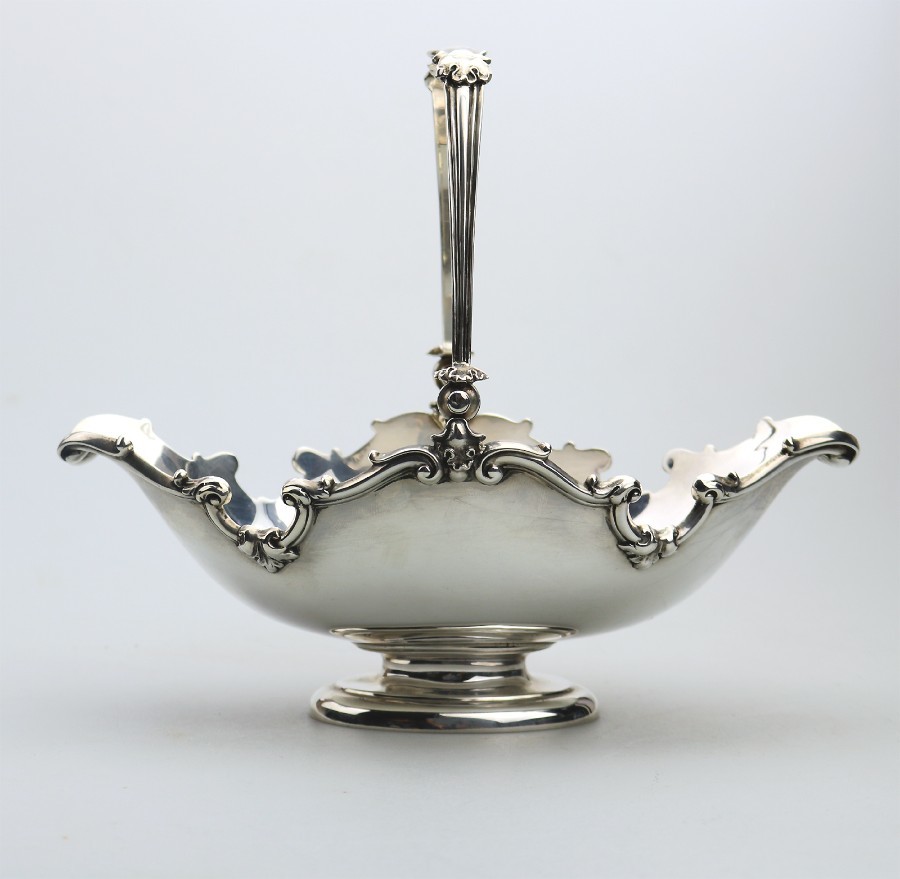 iCollectUK has 822 antiques for sale.
click here to see them all

Circa 1905Good Antique Condition9 inches (23cm) width X 4.75 inches (12cm) depth X 7.5 inches (19.5cm) height approxWeight: 410.02gPrice includes safe UK shipping - safe International shipping at costThe founder of the firm was Charles Fox, 'plate worker' active at 139 Old Street, Goswell Street. He was not apprenticed through the Goldsmiths' Company nor he was a freeman of the Company. Charles Fox registered a mark in 1801 in partnership with James Turner (at 3 Old Street) and a unique mark alone on 5 September 1804. In 1822 he was succeeded by his son, Charles Fox II, who entered various marks in 1822, 1823 (4 marks) and 1838. Also Charles Fox II was not apprentices nor was a Freeman of the Goldsmiths' Company. His works shows consistently high quality and the rapid entry of marks suggests a fairly large establishment with varying marks used for different categories of work. Fox can be considered the last individualist plateworker before the debacle of Victorian mass production. At the retirement of Charles Fox II the family business was took over by his sons Charles Thomas Fox (born 1801) and George Fox (born 1816). They entered conjoined marks in 1841 and 1843.Charles Thomas Fox ritired from the firm in 1860 and George Fox continued running the firm entering his own mark in 1861. Other marks were entered in 1869 and 1891. After the death of George Fox his son Robert Frederick Fox (born 1845) continued the trade as C.T. & G. Fox entering his own mark in 1910. The firm closed down in 1921.A separate silversmith business was managed by other members of Fox family. Frederick Fox (born 1810), another son of Charles Fox II, in 1852 entered his mark at Goldsmiths' Hall entering in partnership with his son Frederick Yonge Fox (apprenticed to John Wilmin Figg, obtained freedom by service in 1852). Frederick Fox retired in 1867 and Frederick Yonge Fox entered his own marks in 1868. This activity had presumably a short life as these marks were withdrawn in 1870.

iCollectUK has 822 antiques for sale.
click here to see them all