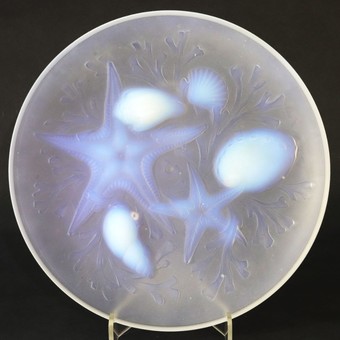 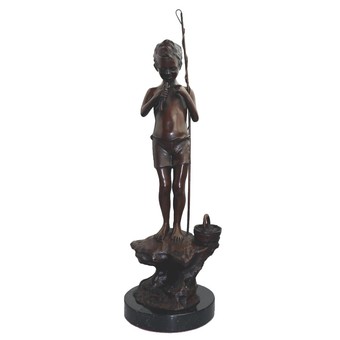 iCollectUK has 709 antiques for sale.
click here to see them all

A very fine quality and large bronze Figure by/after the work of Giovanni de Martino modelled as a boy fishing stood on a rocky base and mounted on marble with a red beize underneath.

Great movement and colourCirca: probably 2nd quarter of the 20th centuryGood Vintage Condition with a double crack on a marble base which does not distract but please view images19 inches (48cm) height approxLarge and very heavyPrice includes safe UK shipping - safe International shipping at costBiography Giovanni de Martino
Giovanni de Martino (1870-1935) is an Italian sculptor from Naples. He is famous for his production of small bronze busts representing people, fishermen, boys of Naples, etc. with realistic features. He received his training at the Academy of Fine Arts in Naples under the supervision of Stanislao Lista, Gioacchino Toma and Achille D'Orsi; thanks to the latter, he is influenced by verism and uses young models. He arrives young in Paris where he performs small carved groups, and regularly exhibits at the Salon where he wins a prize at the Louvre Museum for his bronze work The Locust Fisherman. Back in Naples, he turned to socialist realism by producing sculptures about the small Neapolitan people, especially young boys, girls, young fishermen, etc. The dominant theme of his art being childhood, he is nicknamed "lo scultore di bambini" (the sculptor of children). In his last years, the sculptor produced works representing young people in keeping with the fashion of time, with a safer and more proud expression.
Giovanni De Martino took part in numerous exhibitions in Italy and abroad, especially between 1900 and 1929. He exhibited in Naples in 1892, in Paris until 1900, in Saint Petersburg in 1902, in Rome in 1903, in Venice in 1905, in Rimini in 1909, and in Munich in 1922, 1924 and 1928. The regional art gallery of the Academy of Fine Arts in Naples bought him a sculpture entitled Bimba Pensosa in 1916 . He participated in the Venice Biennale in 1907, 1922, 1924, 1928 and 1930.

iCollectUK has 709 antiques for sale.
click here to see them all