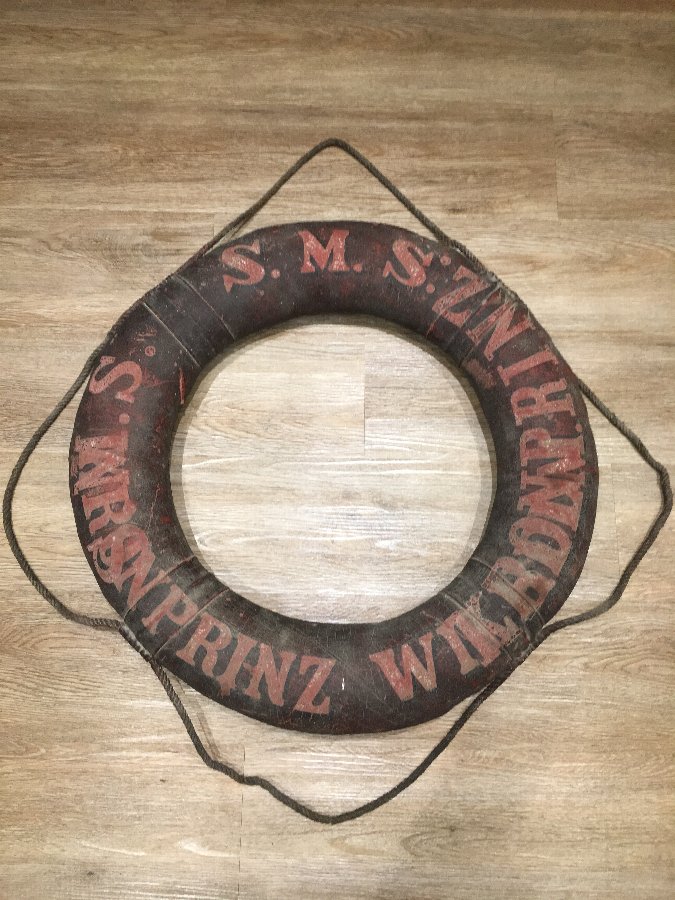 Martin Bailhache has 2 antiques for sale.
click here to see them all

A 1st world war German life belt from the German destroyer SMS Kron Prinz. She was launched on 21st February 1918 and joined the Imperial German navy on the 8th of November 1914.She was the last battleship of the four-ship Konig class of the Imperial German Navy. The Kron Prinz saw action in the Battle of Jutland and most of the fleet actions during the 1st World war. She was renamed SMS Kron Prinz Wilhelm on June 15th 1918 by order of the Keiser in honour of his son Crown Prince Wilhelm. You can see this by the over-painting of the original name on the life belt. On 21st of June 1919 the Battleship was scuttled by order of the Rear Admiral Ludvic Von Reuter days before the Treaty of Versailles. The Kron Prinz is the only Battleship not to have been salvaged and still lies on the bottom of the sea in Scapa Flow off Scotland. I have researched the life belt and believe it to be the only one from the Kron Prinz which is over-painted. There is a small tear on the back of the Life Belt 12cm x 2cm.

Other antiques available from martin bailhache

Martin Bailhache has 2 antiques for sale.
click here to see them all