a young puppeteer in the footlights 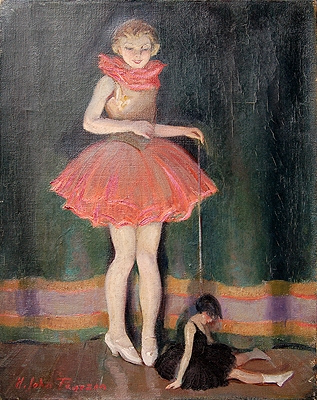 He developed a reputation as a children''s portrait painter as well as portraits of society women. He contributed to Queen Mary''s famous dolls house.