Antique A Young Girl standing with The Sea Beyond | ANTIQUES.CO.UK |

a young girl standing with the sea beyond 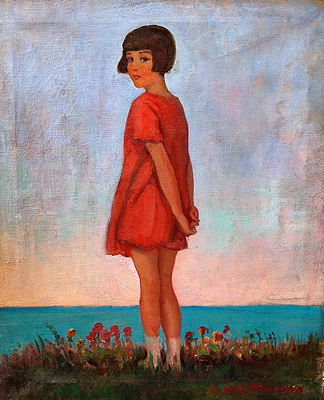