a young girl with her favourite toys 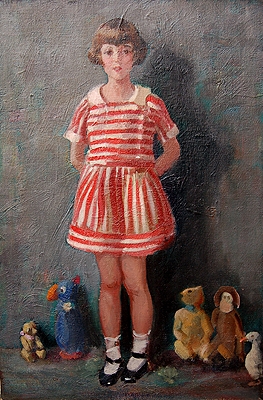