a surgeon tending to his patients foot in an interior 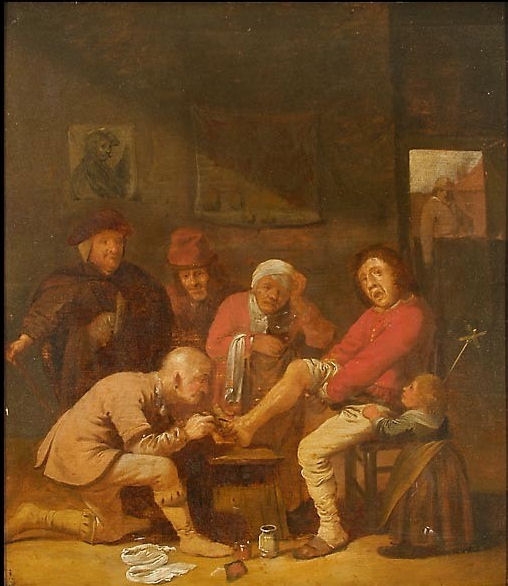