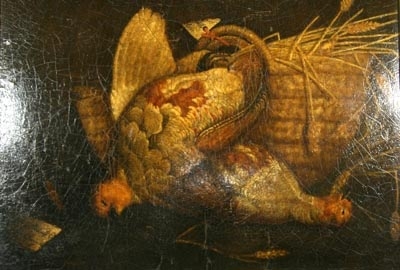 Partridges are birds in the pheasant family, Phasianidae. They are a non-migratory Old World group. These are medium-sized birds, intermediate between the larger pheasants and the smaller quails. Partridges are native to Europe, Asia, Africa, and the Middle East. Partridges are ground-nesting seed-eaters. According to Greek legend, the first partridge appeared when Daedalus threw his nephew, Perdix, off a roof in a fit of jealous rage. Partridges famously feature the Christmas carol "The 12 Days of Christmas", where it is used in the line, "A partridge in a pear tree."
There are two distinct species of partridges found in the British Isles. The original English grey partridge and the introduced French or red-legged partridge. Both have their place in the shooting scene here in the British Isles and both have much to offer the sportsman. The decline of the native English partridge has been well documented and the irony is that the reasons for its decline is widely known. Loss of habitat is cited as the main reason for the bird''s decline in numbers, as miles of hedgerows were grubbed up in the early part of the 20th century in southern Britain in a bid to bring more land into arable use. With the removal of the hedgerows went the bird''s protective cover and a major portion of its food source. The spraying cereal crops with insecticide has also contributed to the demise of the grey partridge. A major source of food for partridge chicks is the insect life found at the edges of fields in late spring. Efforts have been made to ensure that spraying is not carried out at the edges of fields and with some success as far as the grey partridge is concerned. In some counties of southern England, grey partridge numbers are holding steady, although they will never again reach the levels of pre first world war.
There is no doubt that the attractive little grey partridge has an appeal to the game shooter. Contrary to belief, the grey partridge is one of the slowest game birds on the wing and can cause confusion to the shooter who is more used to a pheasant exploding from the game coverts or a red grouse speeding towards the butt. The partridge is, none-the-less, a very testing shot as it twists and turns over the hedgerows and stone walls that make up the field boundaries. It is not unusual for a covey of up to a dozen birds to flush from the edge of a field on a walked-up day. As a rule they tend not to fly far or for a sustained period. The coveys usually drop back to earth after a few fields and will give the dogs and shooters an opportunity of a second or even a third flush.
The French or red-legged partridge as it is more commonly known, is not a native bird in the British Isles. Its origins are in the semi arid regions of the Mediterranean but since the 17th century, when it was introduced into southern Britain, it has established itself as a major sporting bird. In Ireland, the red-legged partridge has really only become established in the last thirty years with its introduction into a number of shoots in the country. With the almost total absence of the grey partridge in Ireland as a whole, the red-legged partridge had offered a new game bird species to a generation of Irish sportsmen who would not otherwise have had the opportunity of enjoying partridge shooting. The red-legged partridge has a tendency to run forward before beaters and dogs, unlike many other game birds, including the grey partridge, that will sit tight and then flush before the dogs or beaters. This trait can be frustrating but, when in the air, red-legged partridges are fast flying than their grey cousins and afford good sporting shots. While the grey partridges tend to flush over guns in large packs of up to twenty birds at a time, the red-legged partridges present themselves as single birds or in small groups of two or three birds. Consequently, the birds present as better targets and the return on shot birds when compared with those reared and released, is usually high.