a scene from trial by jury by gilbert and sullivan 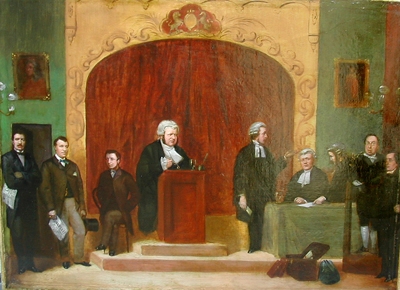