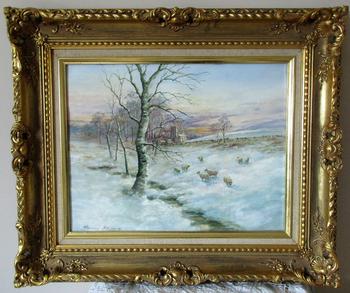 It's the perfect time of year with which to indulge yourself with a break away from the January curse of constant rain. The pristine white snow, the crisp blue sky and the perfect white slope, just waiting for you to cover it with your tracks.

Are you a lover of winter sport? If so, then no doubt you'll be heading towards the colder regions of Europe, or perhaps further afield to Canada or the US for a well deserved winter break. It's the perfect time of year with which to indulge yourself with a break away from the January curse of constant rain. The pristine white snow, the crisp blue sky and the perfect white slope, just waiting for you to cover it with your tracks.

You may be interested in ice skating, curling or any other type of winter sports, much of which are done either done indoors or in a specially prepared arena. If you have a great interest in winter sports, then you'll love making sure you have all the right equipment and clothing so you can take part in your favorite sport with the enthusiasm it deserves.

Perhaps you also have an interest in your chosen sports history, perhaps you've carefully put together a collection of historical artifacts from the past 50 years so you can reminisce about how things used to be, or maybe you're thinking about it.

If you're a lover of antiques and you love winter sports, then this is a great combination with which to indulge yourself. We're talking posters, old equipment, scorecards perhaps, early curling stones (which don't look as if any reasonable sized person would ever be able to lift). You may be lucky enough to find a really old pair of skis that are still in excellent condition.

When you're looking for antique sporting equipment, always look carefully and spread your search wide. Check that it's in good condition, it needs to be near perfect and if it's damaged in anyway it may not last the test of time once you get it home. You want something that's in good enough condition so it can increase in worth while it's part of your collection.

Let's take a look at two sports which took off in the 19th century, either of which may be your personal favourites. Firstly, a crude form of sledging which would evolve into the bobsleigh. Back in the 19th century the wealthy were starting to holiday abroad and St Moritz was a particularly popular choice for those who could afford it. While enjoying their break they would create for themselves a sliding vehicle from whatever they could find. Public roads were used to ride until Caspar Badrutt, a local hotelier designed a specially created track which is still in use today. The crudely designed sliding vehicle became the bobsleigh, the skeleton and the luge we are so familiar with today.

Skiing developed at the end of the 19th century and was devised by the Austrian Mathias Zdarsky who found that controlling the speed of your skis was possible by skiing at an angle. Johann Schneider took things further by creating what became known as the 'Stem Turn,' and then the 'Stem Cristie.' After World War II he had taught thousands of military troops to ski. He went on to found a ski school at St Antou and named his specially created system the “Arlberg Technique.”

Start your own collection

If you have a thirst for collecting winter sports memorabilia now, then check on www.antiques.co.uk under the subject headings on the left and you'll find “sports antiques,” or you can use the search engine. If we don't have what you're looking for today doesn't mean we won't have it tomorrow, so always keep checking. If you are going on a winter skiing break, do enjoy your time away.