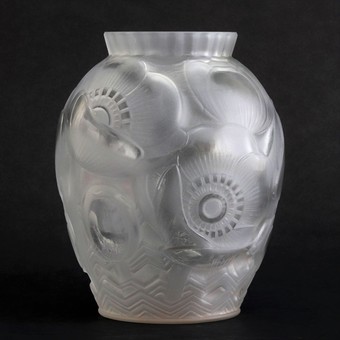 THE ART OF OUR TIME. Laura Mattioli is the Founder and President of the Center for Italian Modern Art (CIMA) in New York 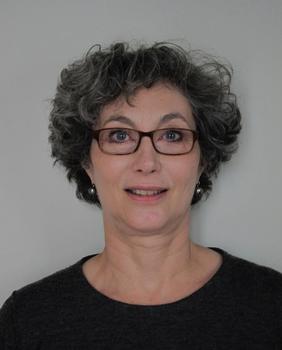 An art historian, curator, and collector, Laura specializes in twentieth-century Italian art. Since 1983 Laura Mattioli has been the curator responsible for the collection of her father, Gianni Mattioli, which is considered to be one of the most important aggregations of Italian avant-garde and modern art.

Laura Mattioli, why did you create CIMA, the Center for Italian Modern Art, in New York in 2013?

Because 20th century Italian art is not known in the United States, people don’t know the artists, or what they did. At MoMA there is only one Giorgio de Chirico on show. Many important Italian artists who were known in the ‘50s are now completely forgotten.

Was this the main reason you started CIMA?

Yes, and also because Italian art scholars are educated in the best universities like the one in Pisa but are often provincial and don’t speak English. They think Italy is the center of the world, and don’t realize how the art world works today. It is important to grow a new generation of art historians that has strong networks outside Italy.

What is your own background?

I taught in the academy of arts for about 15 years, in Milan and in Bergamo. I organized exhibitions, and studied the renaissance.

“At CIMA we’re looking to the art of the past in order to better understand the art of our time.” 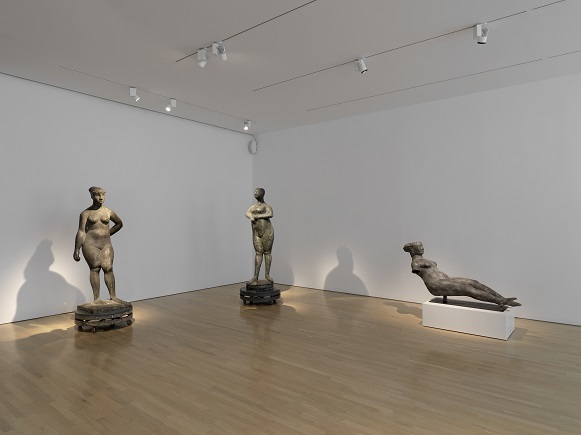 Laura Mattioli, have you always been inside the world of art?

Yes. One of my sons is now a priest. When he was 10 years old he told me: I’m not interested in my grandfather’s art, I want the art of my time. Because we were close friends of Giuseppe Panza di Biumo, the famous collector of American art, we started coming to the States for one month every year to go round galleries and studios with him. Doing this I understood how Italian art was marginalized by American museums and galleries, but it was an interesting and rich experience that put me in touch with many contemporary artists who are still my friends.

How come your son became a priest?

It is a strange story. We asked the American artist Dan Flavin to do the last work he did in his life, a permanent installation in a church in the “Bronx of Milan”, Santa Maria Annunciata in Chiesa Rossa, a very dangerous area with drugs and so forth. We realised this work with the help of the Prada Foundation. After that my son started to be involved with this church, and he became a priest.

When did this happen?

Flavin died in November ’96, and he completed the project three days before he died. When we learnt of his death we thought that the project was lost. He had been unable to come to Milan because he had diabetes and toes from both his feet were amputated, but he had finished the project. He gave it to Michael Govan, at that time the Dia Art Foundation director and now the Los Angeles County Museum of Art director. When Flavin gave this project to Michael Govan he told him: Now I can die in peace. We opened the installation in the church on exactly the day of his death one year later.

“My father started his collection as a way to be more human.”

Laura Mattioli, you said that Italian artists are not known in America, but isn’t there a long tradition of collecting futurists like Umberto Boccioni, Giacomo Balla, Gino Severini, and Medardo Rosso?

Italian art was very much appreciated in the ‘50s. Medardo Rosso for example was studied by Margaret Scolari, the Italian wife of the first Director of MoMA Alfred Barr, who did a personal show of his work in the early ‘60s. When American art developed in the ‘60s it was completely forgotten, because Warhol and others came on the scene. We had an exhibition of Medardo Rosso in 2014/15 that started the process of bringing him back. Next year we will do a show about Mario Schifano, who is not currently represented in a single gallery in the United States.

Your father was a renowned art collector. Where is his collection now?

Waiting to go on show at the Palazzo Citterio on via Brera in Milan. It was exhibited for 20 years in the Peggy Guggenheim Collection in Venice. The most important paintings in his collection are futurist, because my father was Milanese. He was born very close to the Casa Rossa of Filippo Marinetti, and when he was young he knew Marinetti and Fortunato Depero and all those people. His business was selling raw cotton, an important business at the time.

When did he start his collection?

During the Second World War he left Milan because of the bombing. He was by Lake Maggiore at the time when they massacred the Jews, and he was very shocked by that. He tried to help people leave Italy and go to Switzerland, and he also started his collection – as a way to be more human. He bought the futurists, who at that time were considered something strange, something crazy.

Who did he collect?

Did you give his entire collection to your two children?

Yes. One is the priest in Milano and the other one lives in Switzerland.

And you became the Founder and President of CIMA, the Center for Italian Modern Art in New York. What is your mission?

To grow a new generation of art historians, who study here. We publish an online journal called Italian Modern Art with their research. We are also connected with the Scuola Normale in Pisa University, and we pay for scholars to go to Italy because we would like people from other countries to study Italian art, not only Italians. 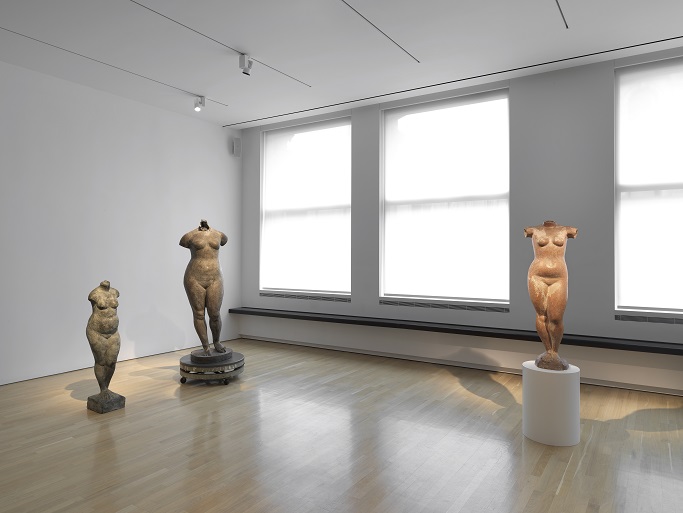 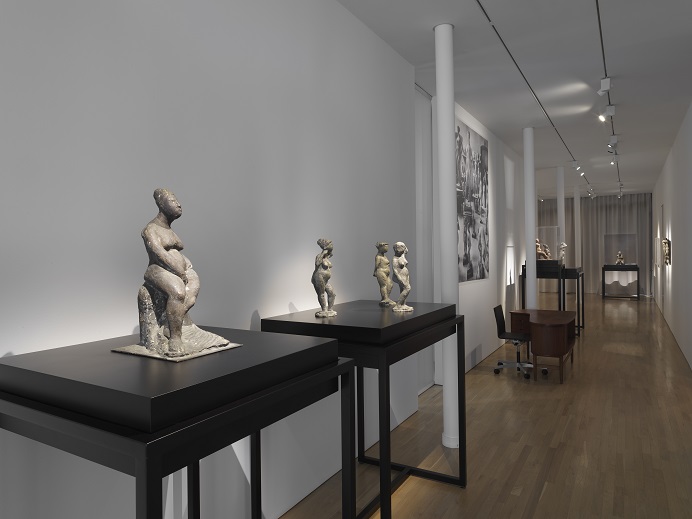 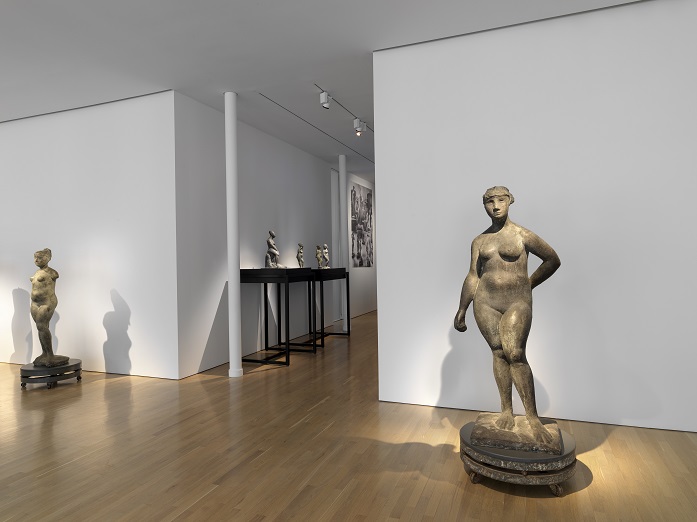 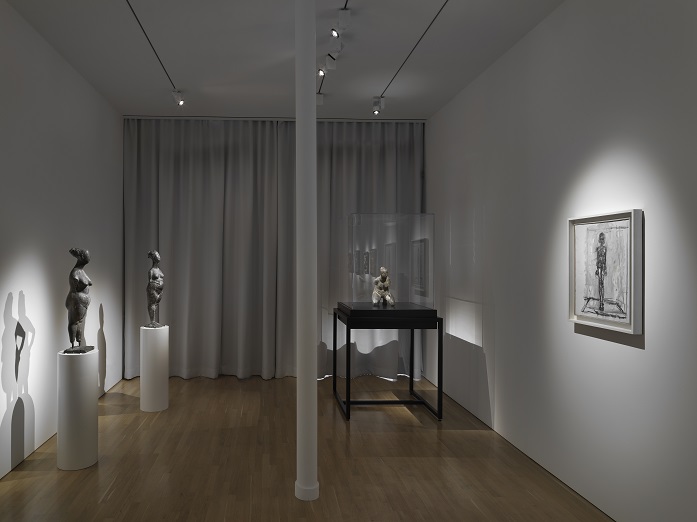 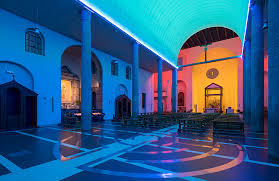 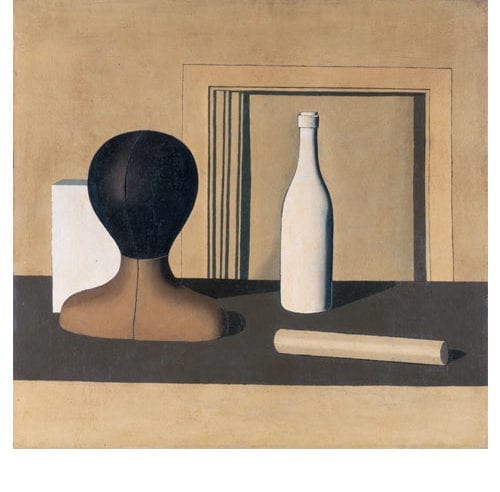 “Italian art was marginalized by American museums and galleries.”

Laura Mattioli, how many exhibitions has CIMA put on?

Seven, one every year. We follow the academic calendar, so we start in October and end in June.

This year you have just opened an exhibition of the Italian sculptor Marino Marini on the feminine figure. Are you the curator?

No. This show was curated by Dr Flavio Fergonzi.

How do you decide what to show?

We have an advisory committee whose members are a mix, half Italians and half Americans, from museums and universities.

How do you get loans for CIMA’s exhibitions?

That is my job, to ask and to convince! The museums in the States are very generous because they have a high opinion of us. For example MoMA has given us many important loans.

How many people come to visit?

From the beginning we have had about 25,000. That is not a big number in New York of course, but we are not a museum, we are a center of studies. We are more an incubator for museums, for people who have a specific interest.

There was a kind of embargo on Italian artists until the late ‘60s and early ‘70s, because of the stain left by the fascist regime. Isn’t there a lot more respect for Italy now?

Yes, absolutely. In art, design, food, wine, fashion, and lots of other things.

Are Italians negligent about the promotion of their art in the United States?

One of the main problems is that Italy wants to keep as much historical work as possible inside the country. Any art work conceived more than 50 – or in some cases 70 – years ago, needs to have special permission from the Ministry of Culture in order to leave Italy. We don’t differentiate between well-known old masters like Giovanni Bellini and Michelangelo, and the art of the 20th century. 50 years after an artwork or painting was produced it becomes very difficult for it to leave Italy.

Laura Mattioli, ultimately what is the aim of the CIMA foundation?

Here, with the new generations, we’re looking to the art of the past in order to better understand the art of our time.

But this show is not exactly of our time? Marino Marini is not a contemporary artist.

Italian artists are confronted with the art of the past in their daily life. Is this an asset or a liability?

What can be done to support contemporary Italian artists?

We need an international group of galleries and supporters to show their art outside Italy.