Miguel Falomir is the director of Museo Nacional del Prado in Madrid,

THE PRADO AT 200. Miguel Falomir is the director of Museo Nacional del Prado in Madrid, which celebrates its Bicentenary in 2019 with a special program featuring numerous exhibitions and museum-related activities.

Professor Miguel Falomir, you have been the director of the Prado Museum in Madrid since March 2017. Didn’t you already hold a position here at that time?

I am an art historian. I joined the Prado in June 1997 as curator of Italian Renaissance paintings, so I’ve been here for 16 years or so. A year and a half before I was appointed director I was a deputy director. I have been here most of my professional life.

It was during this time that you wrote several books?

Yes, mostly on Italian Renaissance and Venetian painting. In the last few years Paolo Veroneseis the only one among the big Venetians who I have not been working on. I’ve been doing exhibitions on Titian, Tintoretto, and Lorenzo Lotto, whose portraits we did last year.

Why did you specialize in Italian painters?

I have always been very interested in them and when I became the curator of Italian Renaissance I realized that the strength of our collection lies in Italian, Venetian, 16th century painting. We have by far the best and largest collection of Titian. So it seemed to me quite obvious that that should be the field of my research.

The Prado has been a state museum for 200 years?

We turn two hundred on November 19th this year.

Is it mostly a picture gallery?

How was the Prado’s collection made?

The collection is, not exclusively but mostly, the former royal collection that was made by the Spanish kings between the 16th and the 18th century. It started with Charles I of Spain, also known as the Holy Roman Emperor Charles V, collecting Titian. Titian is ‘the father of the Prado’ in the sense that he was the first painter who was collected by the Spanish kings and he is the keystone. The Kings of Spain from the 16th and 17th century collected painters who were close to Titian and the Venetian tradition of colour, Tintoretto, Veronese and Rubens, van Dyck, and Velázquez.

“The most distinctive feature of our collection is that it hasn’t been put together by art historians but by collectors.” 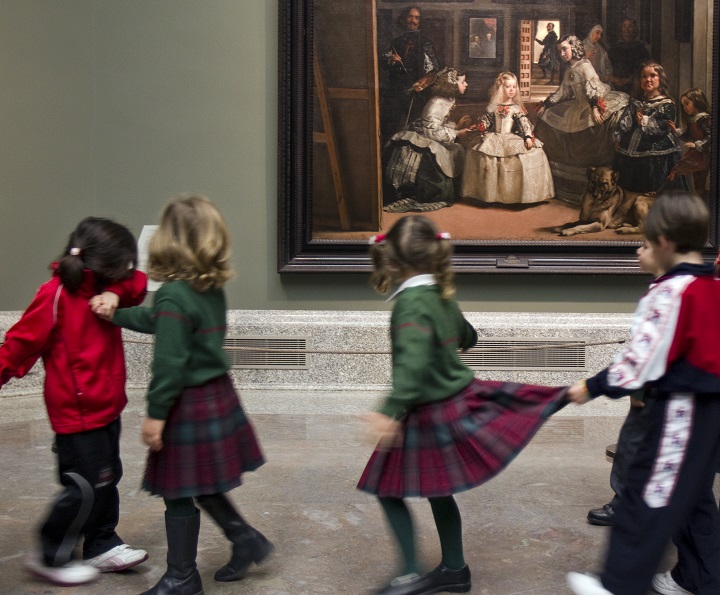 Miguel Falomir, which are the weak points of the Prado’s collection?

Mainly two. One is the ‘quattrocento’ paintings of the 15th century. Nobody was interested in Botticelli, or in Mantegna, or in Masaccio or Fra Angelico before the taste for these painters started in the 19th century when Spain had become a poor country and neither the museum nor the Spanish collectors could compete with the European and American collectors and museums who did the great collections of quattrocento paintings. And the other is Dutch 17th century, where the problem is that during the 17th century Spain was at war with the Dutch Republic for the eighty years which was the golden age of Dutch painting.

The Prado is especially well known for Goya and Velázquez?

If you are interested in Spanish painting and the two best Spanish painters, Velázquez and Goya, this is the place. We have the largest collections and by far the most important paintings they did. Their masterpieces are here. Without the Prado it’s impossible to understand Velázquez and Goya. Our wonderful collection of El Greco is the best in the world, but there are very fine El Grecos outside the Prado.

How many of their paintings do you have?

56 Velázquez, and 180 or so Goya paintings; and then we have 500 drawings by Goya, half of his production of drawings and the largest collection in the world.

Whatever has happened politically in Spain, the Prado has remained the same?

The Prado opened as a Royal Museum, and it was a Royal Museum for 50 years. When the monarchy fell and the First Republic was established in Spain the museum was nationalized, but it has always been a public museum. Ever since it opened in 1819 the museum has been unable to sell any work of art. All the paintings that came into the museum have stayed in the museum since then.

Has the Prado always stayed open?

Except the three years of the Civil War from 1936 to 1939 when the museum was closed and its masterpieces were shipped first to Valencia and then to Catalonia, when the government left Madrid for safety. When the war was almost over the masterpieces were sent to Geneva for six months and at the end of the civil war there was an amazing exhibition in Geneva called ‘Masterpieces from the Prado’. The paintings returned to Spain by train through France in August 1939, a month before the Second World War started. The Prado became the model for the evacuations of the major European museums during the Second World War.

Were any pieces lost?

No, none of them. It was almost a miracle. Only two of them suffered a little damage. Sadly one of them was Goya’s ‘The Second of May 1808’. The museum was open shortly after the works were returned from Switzerland and it has been open ever since.

Over time the museum became bigger and you have a new wing?

The museum opened in a building that was designed as a museum of Natural History in the 18th century by Spanish architect Juan de Villanueva, but Napoleon’s troops invaded Spain before the building could be used, and after the war against the French the building remained empty for a few years. Then King Ferdinand VII decided to use it as a Museum of Painting. The building was enlarged and extended several times in the 20th century. The last extension was designed by Rafael Moneo, and opened in 2007. Lord Norman Foster has designed the next extension which is going to be used for displaying more paintings from our collection.

“In these 200 years we have only been closed for three years.“

Miguel Falomir, how many paintings do you have in the Prado?

Do you buy additional works?

Yes, not as many as we would like, but we are still buying, mostly in Spain. We cannot compete in the open international market due to our budget, but we benefit from the very protective Spanish law that makes it quite difficult to take a painting outside of Spain. You need permission from the governmental committee.

Do you receive gifts?

Many gifts and donations, mostly Spanish but not always. Once in a while they give us masterpieces. Some of the most important paintings that we have added to our collection in the last 30 or 40 years were gifts from private donors.

How does the museum live?

We get 35 per cent of our budget from the government, and the other 65 percent we raise by ourselves, mostly through tickets, and then of course we have the shops, the cafeterias, the restaurants and so on. We have some very loyal private sponsors, banks, insurance companies, energy companies, that have had a partnership with the Prado for 40 years. They are committed to the museum and are an important source of income.

Three million, but half of those don’t pay. The museum is free daily from 6 to 8 for everybody, and then it’s free at any time for those who are under 18, over 65, students up to 26 and the unemployed.

What is your job?

Do you lend works to other museums?

If you have an active exhibition program as we have then you have to lend in order to get loans.

How do you make loans?

Yes, but not as important as we thought that they were in the past. Museums like the Uffizi or the National Gallery in London or the Louvre or the Prado are important mostly for their collections, not for their exhibitions. It’s the way to show works of art that they are not familiarized with to our regular public, but we must not forget that for such institutions what truly matters is the permanent collection. 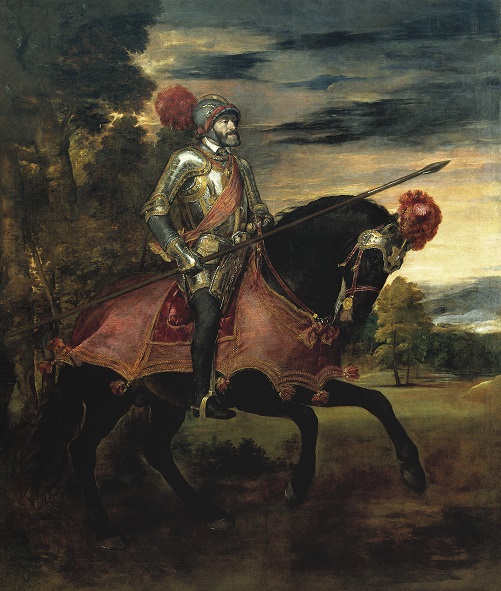 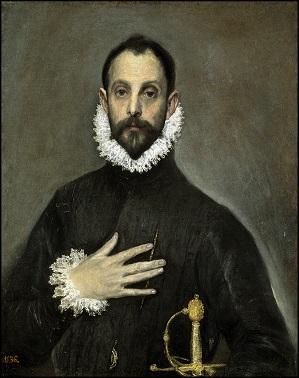 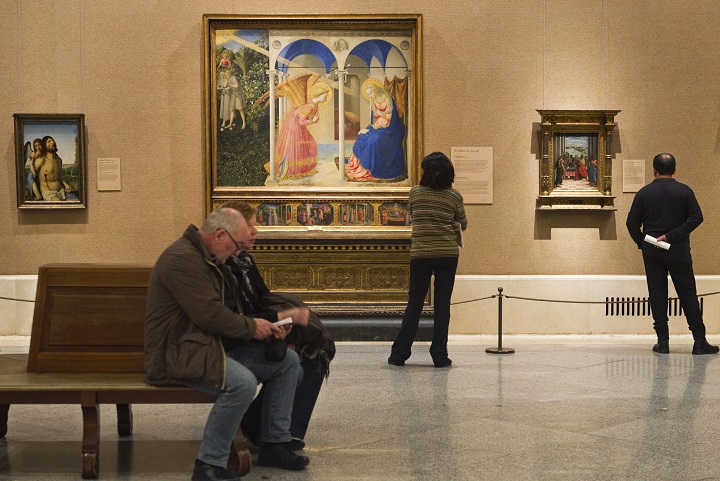 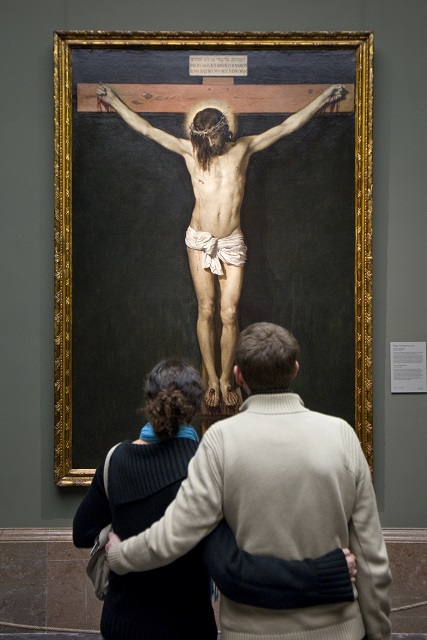 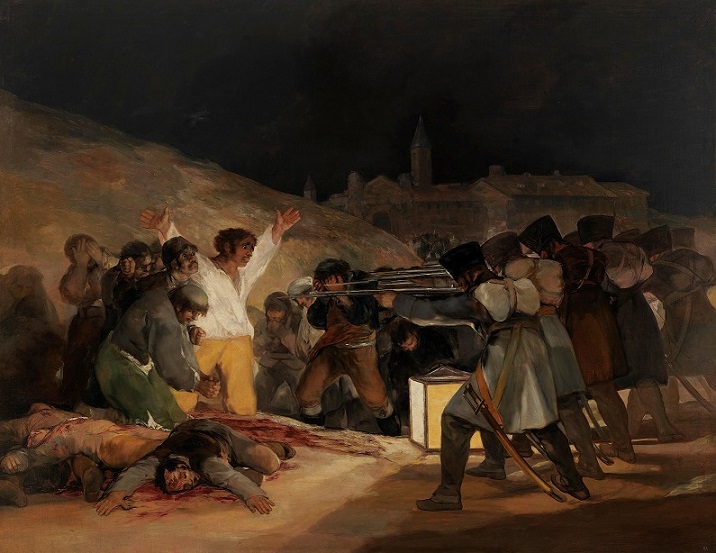 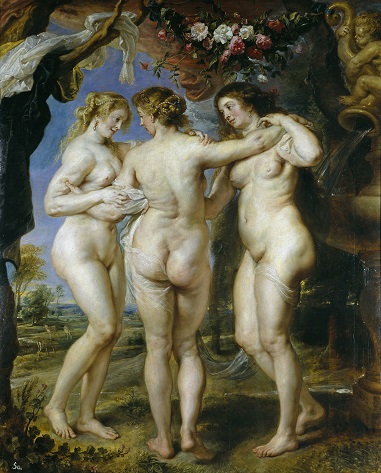 “For exhibitions and the visual arts Madrid is one of the best places in Europe.“

Miguel Falomir, is Madrid growing as an international tourist destination?

Madrid used to be a place mostly for domestic tourism. Not anymore. Since 2012 we have more foreigners than Spaniards, and the visual arts have played a key role in this development. We have important museums, and the Reina Sofia and the Prado are within 500 meters of each other.

Is Spain modernizing itself?

Spain has modernized a lot since we joined the European Community, from which it has benefited a lot. You only have to see the infrastructure that we have. The high speed trains and the highways were something that didn’t exist 30 or 40 years ago.

What are your hopes?

To balance our budget. It would be important for us if the government could raise its part up to 50 percent, with the other 50 made by ourselves. I want to believe that in the next budget we will get the funds for financing Lord Foster’s extension that have been promised to us by the government, and that next year we will be able to start work on the new extension.

You don’t want to go to work in America?

No! I didn’t want to be the director of the Prado museum. I was really happy as curator of Italian Renaissance art. I twice declined the offer to be the director, but in the end the minister convinced me. I love the Prado and if I can do something for the institution, I’m happy to do it, but my idea is to be the director for a few years and then return to my former responsibilities as curator of Italian art. That’s what I like. I like history of art more than the administration of museums. So I’m not interested in becoming director of any other institution, neither in Spain nor anywhere else.

You prefer working in academia?