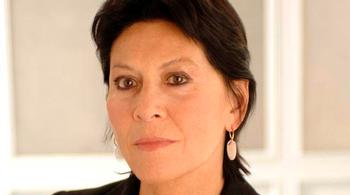 A MATTER OF LAND AND WATER. The Lia Rumma Gallery was founded in Naples in 1971 and has played a major role in discovering new artistic trends such as Arte Povera, Minimal Art, Land Art and Conceptual Art, and exhibiting emerging and prominent artists such as Joseph Kosuth, Haim Steinbach, Gino De Dominicis, Reinhard Mucha, Alberto Burri, Thomas Ruff, Anselm Kiefer, William Kentridge and Marina Abramovic. When the international art show MiArt was recently held in Milan, the “Grado Zero” collective was inaugurated at the Lia Rumma Gallery in Via Stilicone, while the “Quaestio de Aqua et Terra” (“A Matter of Land and Water”) exhibition, based on the discussion held by Dante in 1320 at the Sant’Elena church in Verona, is being held at Rocca d’Angera castle on Lake Maggiore.

Why curate an exhibition at the Rocca d’Angera castle, which still belongs to the Borromeo family?

Marina Borromeo asked me to think about an artistic event to be held at the Rocca d’Angera castle, curated by Andrea Viliani, the director of the Museo Madre of Naples. It is said that the name Angera comes from a reference to Anglus (grandson of Aeneas). The castle is located on the far end of Lake Maggiore, and the lake itself was the inspiration to come up with an exhibition focused on the theme of water. The Borromeo castle goes back to mediaeval times, and was a strategic stronghold for watching what was coming and going down the shores of the lake, and serving as a defence against an attack by Swiss troops.

What is on display in this exhibition in Angera?

A series of pieces that reference the theme of water. The exhibition opens with a photographic work that Kiefer wanted to dedicate to me: with Palazzo Donn’Anna in the background like an old ruin facing the sea of Naples, the ghost of my image battles the waves, bringing to mind the dramatic love story of Hero and Leander. There is an exciting video from Marina Abramovic, in which we hear the waves breaking over or lapping up against her body as she lies on a little beach in Stromboli. Gilberto Zorio’s piece “Ciotola Fluorescente” (“Fluorescent Bowl”) is truly the result of his personal story. Gino De Dominicis’ and Anselm Kiefer’s works should be pondered in silence. The former experiments with a superhuman journey, with a piece entitled “Tentativo di far formare dei quadrati invece che dei cerchi attorno ad un sasso che cade nell’acqua” (“Attempt to create squares instead of circles around a stone falling in the water”); the latter is a moving and fascinating painting that tells the story of Aino, who died in the waters of Lake Ladoga trying to save her own freedom.

“An interior journey, a voyage through time, a theme that connects man to life, death, joy, and pain.” 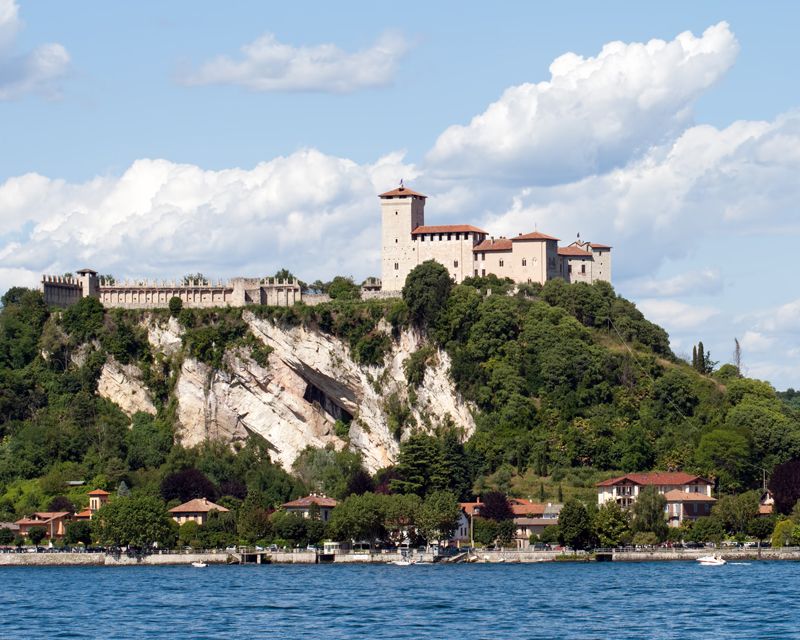 The Rocca d’Angera, also called Borromeo Castle, stands on a lakeside hilltop on the Southern shores of Lake Maggiore.

Other artists include Steinbach, Mancini, Tosatti, Migliora, Shawky, and Krawen, with works representing the air of Capri and the sea, sea monsters, or those who have drowned or been lost as they seek a better life, shoes found on deserted beaches, or faded maps.

The exhibition at the Rocca d’Angera is an interior journey, a voyage through time, a theme that connects man to life, death, joy, and pain.

What did you have on display at MiArt?

What show is currently on at your gallery in Milan?

The exhibition is entitled “Grado Zero” as a reference to the famous book by Roland Barthes “Writing Degree Zero” (“Le degré zéro de l’écriture”) published in France in 1953. A “third dimension of form” that we start from in order to observe the shape of works by Castellani, Dadamaino, Spalletti, Zorio, Lamelas, Ruff, Laib, Monterastelli, Kosuth, Hill, Anselmo, and Jaar.

“Milan, the economic capital of Italy, does not have a contemporary art museum.”

What is the contemporary art market like in Italy?

In general, a good market is based on and remains stable when adequate structures are guaranteed, like in all countries that are culturally and economically evolved. In Italy, there is a lack of contemporary art museums, and these are useful in supporting not only awareness of art, but also necessary and complementary to the work carried out by a gallery owner. It is absurd that Milan, the economic capital of Italy, does not have a contemporary art museum.

Why did you choose Naples and Milan?

Naples and Milan are both parts of my life. I was born in Lombardy, but I got married on the Sea of Naples where I found my destiny: Marcello Rumma.

Who are your artists?

I have many today, and they are almost all the same as when I opened the gallery in 1971: Kosuth, Kentridge, Kiefer, Abramovic, Castellani, Spalletti, Mulas, Mucha, Kabakov, Jaar etc.

Do you put on a lot of exhibitions?

For me the problem is not quantity, but quality.

I am still very curious, and so I still do research. I have a group of young artists that I follow with interest: Migliora, Mancini, Tosatti, Guido, Monterastelli, etc. 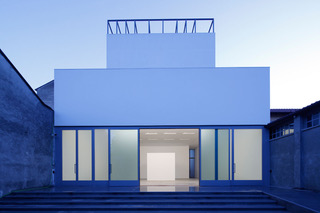 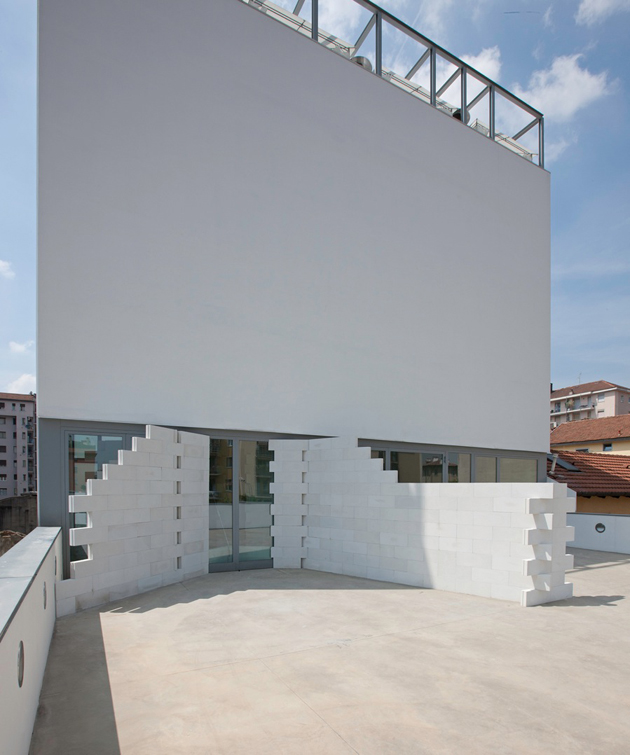 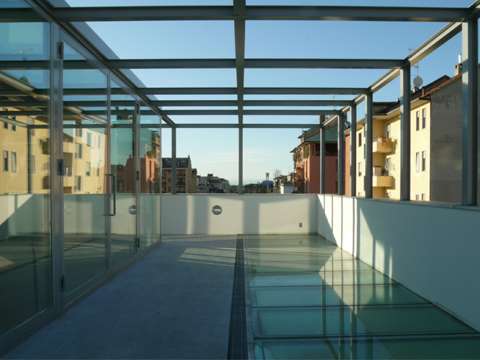 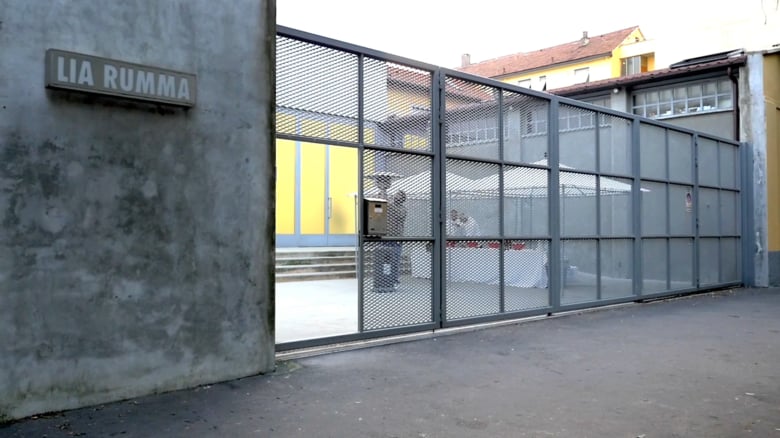 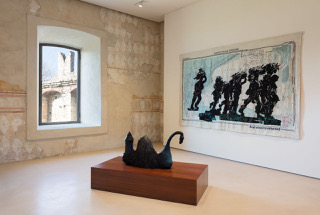 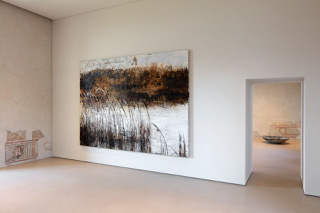 Of course! But the real problem isn’t whether Italians understand or not, but how much Italians are informed about what is happening in the world of contemporary art.

What kind of relationship do you have with auction houses and museums?

Auction houses can make us happy or unhappy. Naturally I follow what they are doing.

When I have the opportunity, I’m always very interested in collaborating with museums. It is important that the great artists whom we are lucky to represent make their mark on the cities in which we work. Take, for example, Kiefer’s extraordinary “I Sette Palazzi Celesti” (“Seven Heavenly Palaces”), which made Pirelli HangarBicocca an important museum in Milan; or the exhibition by De Dominicis at the Museo di Capodimonte; the beautiful mosaic representing the history of Naples by Kentridge in the Toledo underground station; or Kosuth’s permanent installation at Piazza Dante dedicated to my father, an important Latin and Dante scholar. The large mural by Kentridge on the walls along the Tiber is truly timeless. It represents the triumphs and the fall of grand Rome.