Antiques Magazine - November 2021, It is such a shame these dealers exist - ANTIQUES.CO.UK

It is such a shame these dealers exist 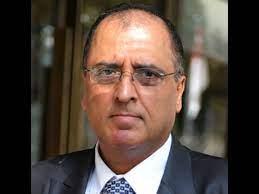 The Manhattan district attorney’s office has returned 248 antiquities to India, most of which were connected to the “prolific art smuggler” Subhash Kapoor, who was arrested in 2011 for smuggling and is currently mid-trial on theft and smuggling charges in India.

The works are valued at around $15m and 235 of them were directly linked to Kapoor, including a $4m bronze of the Indian deity Shiva Nataraja that was stolen from a temple in India sometime in the 1960s and smuggled into New York before landing at the Asia Society (which fully cooperated with the district attorney’s investigation).

Also included are two bronze sculptures stolen from the Sri Narasinganata Temple in India in May 1985 that wound up on the block in separate auctions during this year’s Asia Week. Other works from the same seizure were repatriated back in 2020.

“This extraordinary assemblage of artefacts, recovered from five different criminal investigations over the past decade, embodies the timeless cultural and cosmic bridge between ancient and modern-day India,” said Cy Vance, the Manhattan district attorney.

He adds, “Today’s event also serves as a potent reminder that individuals who maraud sacred temples in pursuit of individual profit are committing crimes not only against a country’s heritage but also its present and future.”

Earlier this year, the National Gallery of Australia returned 13 stolen objects to India that it bought from Kapoor who, along with co-conspirators, have been under investigation for the illegal looting, export and sale of ancient art from Afghanistan, Cambodia, India, Indonesia, Myanmar, Nepal, Pakistan, Sri Lanka and Thailand.

More than 2,500 pieces worth more than $143m have been recovered from Kappor’s intricate smuggling ring between 2011 and 2020. So far, five members of the Kappor’s circle have been convicted.

Kapoor is currently subject to an extradition request from the Manhattan District Attorney.