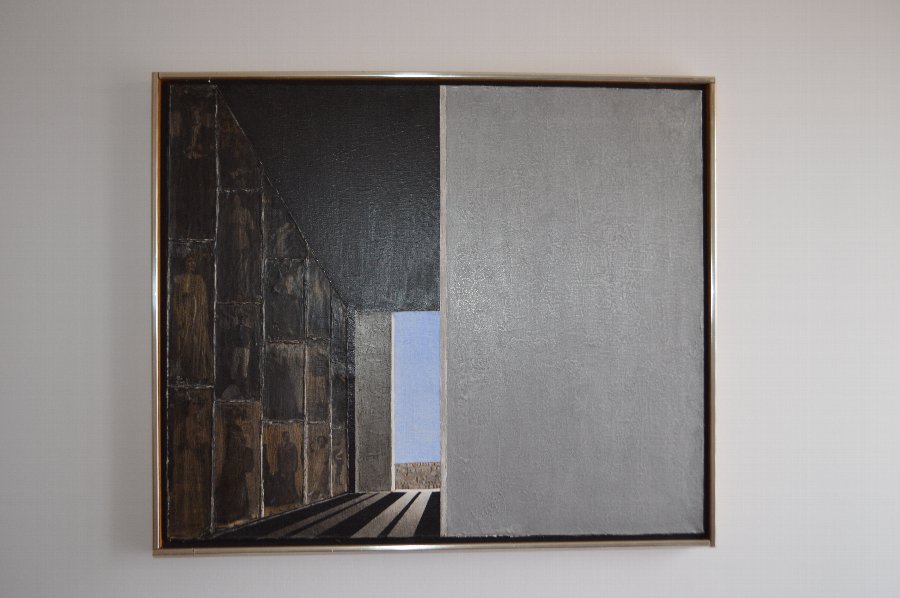 Private seller has 10 antiques for sale.
click here to see them all

Oil collage ErobosOil on canvas
Signed on the reverse John Day Passageway 1964
Provence Esate of the artistMartin Fuchs Michagan USAJohn Day American born 1932 died1982 his earliest years resonated with the localised sense of want and of the scarcity and anxiety that permeated American culture throughout the Great Depression. When pressed about his childhood, Day focused on the loving relationship that he enjoyed with his grandmother, Frances Hamblin, but the influence of his father, an anesthesiologist and his classical pianist mother manifested in a number of interesting and often unexpected ways as his oeuvre developed.Rather than open his paintings as a forum in which to process identity, Day carefully isolated respective characteristics, fomenting his most vulnerable personal presence through artistic absence. Day sold his first painting at age fifteen, and at eighteen began his studies with Josef Albers in Yale University’s Department of Design. Over the next three decades, John Day tested and explored a number of different artistic practices, each a discrete permutation of the theoretical and practical variables that would allow him, ultimately, to “step out of the way”, freeing each of his viewers to a reception unsettling in its forceful solitude. The carefully calculated richness of Day’s paintings resides in their absences and exclusions and restraint as much as in their application of paint to canvas.

Private seller has 10 antiques for sale.
click here to see them all