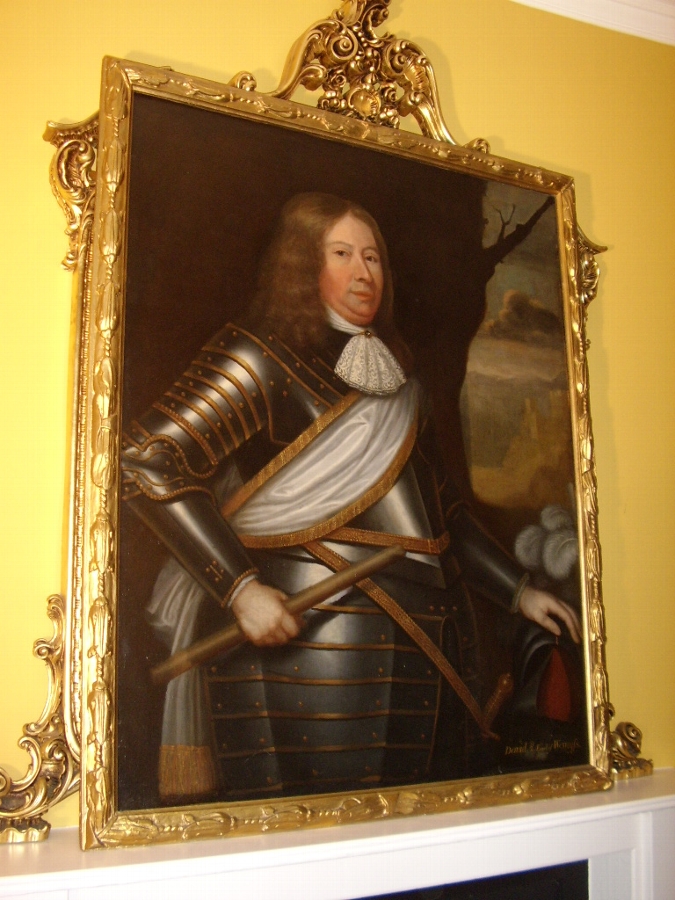 SITTER
DAVID 2ND EART WEMYSS wears his full suit of gleaming armour almost tailored to his substantial size,a weightly looking gentleman of distinction and standing.ABOUT DAVID 2nd EARL WEMYSSDavid Wemyss, 2nd Earl of Wemyss (6 September 1610 – July 1679) was an army officer.Only son of John Wemyss, 1st Earl of Wemyss and Jean Gray (d. 1640), daughter of Lord Gray.As Lord Elcho, a title he held between 1633 and 1649, he commanded a regiment of Fife infantry in the Scottish army which reached Newcastle upon Tyne in August 1640.
On 1 September 1644, at the head of about 6000 men, he was routed by Montrose at Tippermuir, and in August 1645, as supernumerary commander to Lieutenant-General William Baillie, again suffered defeat by Montrose's forces at Kilsyth.He married three times:(July 1625) Anna (d. 1649), daughter of Robert Balfour, 2nd Lord Balfour of Burleigh;
(April 1650) Helenor (d. 1652), daughter of John Fleming, 2nd Earl of Wigtown;
(13 January 1653) Margaret (d. 1688), daughter of John Leslie, 6th Earl of Rothes, and widow of Francis Scott, 2nd Earl of Buccleuch; one daughter, Margaret, the only child to outlive her father.He died in 1679 at Wemyss Castle in Fife, whose estate he had done much to develop.ABOUT THE ARTIST DAVID SCOUGALL
David Scougall (Scottish, active 1661 - 1677)
David Scougall may have studied with John Michael Wright, whose work he certainly copied, but very little is known about this portrait painter aside from the works signed by or attributed to him and a few surviving accounts. His clients included some of the most powerful people in Scotland, for example, Archibald Campbell, Marquis of Argyll, whose daughter Scougal also painted in 1654. His son or nephew, John Scougal, was also a portrait painter and some of his early works may have been confused with those of the older artist.CONDITION
Very good condition indeed after completion of full professional restoration to a high standard.
Signs of an old reline still all good and having had replacement stretchers many years ago.
Painted surfaces are all fine and colours are still vibrant and sharp after clean and light re-varnish.
All works carried out by experts in their field.MEASUREMENTS(Including Frame)
Height 54 Inches
Width 44 InchesTELEPHONE ENQUIRIES 01530 411126 OR 07765 856171
HOURS 7 DAYS A WEEK 10AM-10PM BY APPOINTMENT ONLYDELIVERY UK MAINLAND & WORLDWIDE
QUOTES AVAILABLE ON REQUESTOUR REF 0528 * A MAGNIFICENT EXAMPLE OF PORTRAITURE