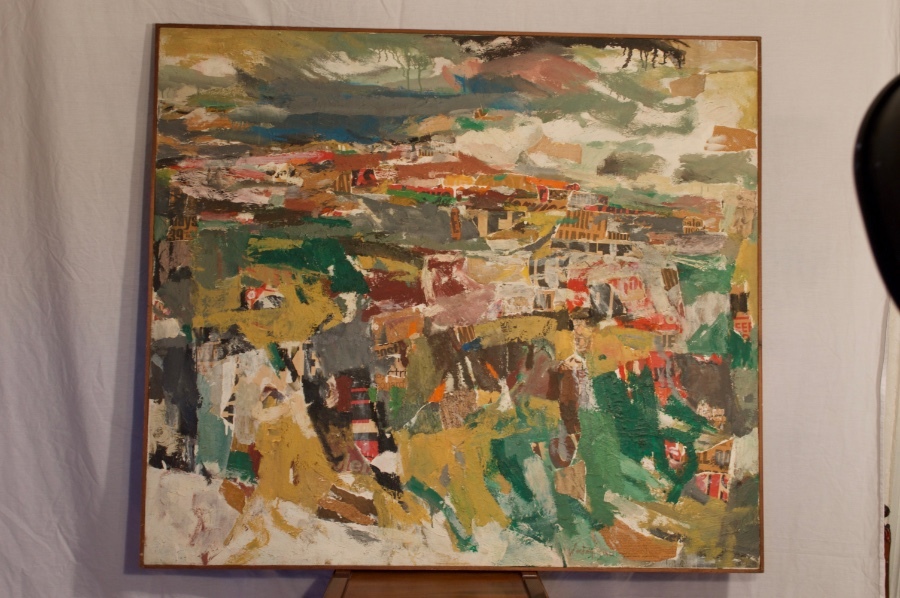 Born in Malden Massachusetts on 27 May 1932, John Day’s earliest years resonated with the localised sense of want and of the scarcity and anxiety that permeated American culture throughout the Great Depression.
When pressed about his childhood, Day focused on the loving relationship that he enjoyed with his grandmother, Frances Hamblin, but the influence of his father, an anesthesiologist and his classical pianist mother manifested in a number of interesting and often unexpected ways as his oeuvre developed.
Rather than open his paintings as a forum in which to process identity, Day carefully isolated respective characteristics, fomenting his most vulnerable personal presence through artistic absence.
Day sold his first painting at age fifteen, and at eighteen began his studies with Josef Albers in Yale University’s