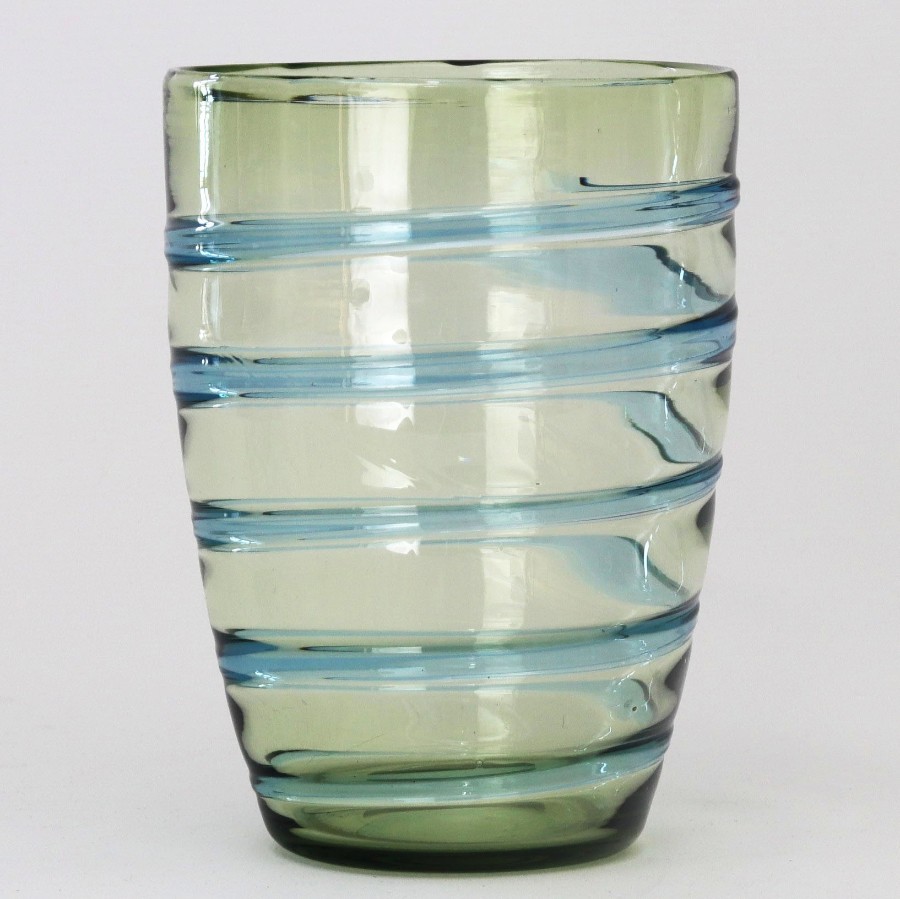 Whitefriars ribbon-trailed glass vase c1935 (pattern no. 9030). The ribbon-trailed series was designed by Barnaby Powell from 1932 and launched at the British Industrial Art (BIA) Exhibition in 1933. This blue on sea-green vase of bucket form was designed in 1935 and produced until WWII. Ground pontil mark to base. The vase measures 18 cm in height.
This vase is in excellent original condition. No chips, cracks or scratches.  Please see images as these form an important part of the description.