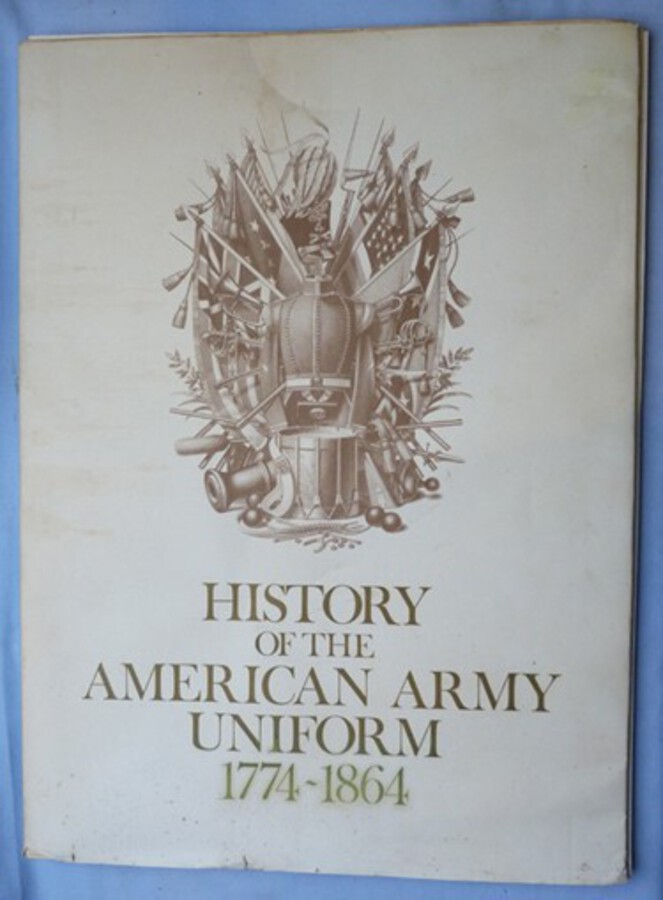 militariahub.com has 453 antiques for sale.
click here to see them all

A set of 10 (originally 12) signed limited edition lithographs by Arthur Barbosa – this is number 912 of 920. This set was originally published in 1974 (from the original paintings), by Heirloom Fine Art Publications Ltd. of London and the lithographs were produced by W.S. Cowell Ltd. of London and Ipswich. Arthur Barbosa is also known for his cover illustrations of George MacDonald Fraser’s Flashman novels from 1969 to 1994. The lithographs include the following:

Rhode Island Train of Artillery – Lieutenant – Circa 1775
South Carolina Light Horse – Trooper – Circa 1777
The U.S. Topographical Engineers – Lt. Colonel – Circa 1841
U.S. Marine Corps. – Colonel Commandant – Circa 1860
The Louisiana Zouaves – Sergeant – Circa 1862
1st Continental Dragoons – Captain – Circa 1776
2nd U.S. Light Dragoons – Colonel – Circa 1812
1st U.S. Dragoons – Major – Circa 1855
The 1st Virginia Cavalry – Lt. Colonel – Circa 1864
The Light Infantry Brigade – Corporal – Circa 1780 Each lithograph is hand signed and numbered by the artist and measures 22 inches x 16 inches (including mount).IMPORTANT -**FREE SHIPPING ON ALL ORDERS WITHIN THE UNITED KINGDOM. **INTERNATIONAL ORDERS - SHIPPING COSTS WILL BE ADDED AFTER PAYMENT ACCORDING TO LOCATION. Selling quality militaria, edged weapons, antiques and collectables from www.militariahub.com.
Price: £225.00

Other antiques available from militariahub.com

militariahub.com has 453 antiques for sale.
click here to see them all