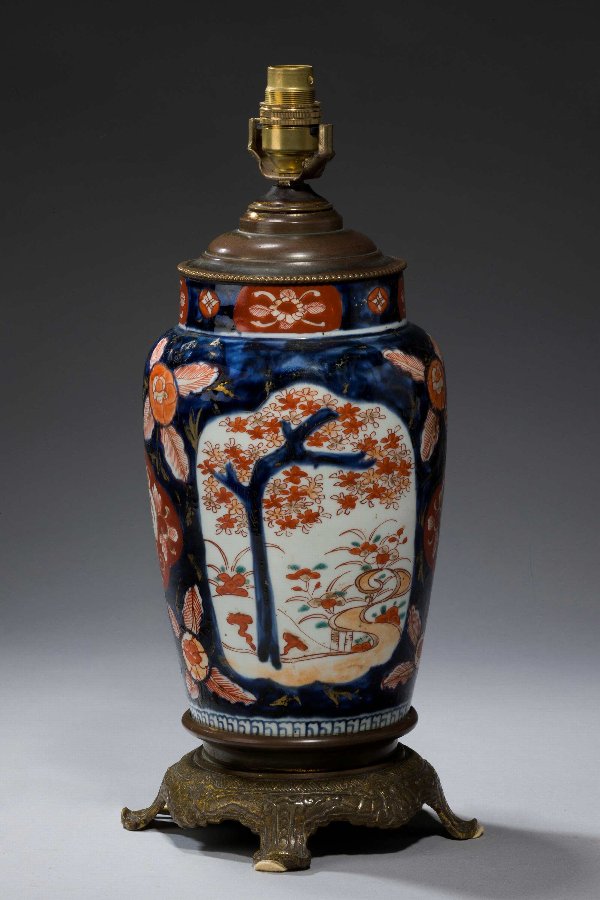 Imari began to be exported to Europe, because the Chinese kilns at Ching-te-Chen were damaged in the political chaos and the new Qing dynasty government stopped trade in 1656–1684. Exported to Europe was made through the Dutch East India Company, but the designation "Imari porcelain" in Europe connotes Arita wares mostly Kinrande Imari.Export of Imari to Europe stopped in mid-18th century when China began export to Europe again, since Imari was not able to compete against China due to high labor cost. By that time, however, both Imari and Kakiemon style were already so popular among Europeans, Chinese export porcelain copied both Imari and Kakiemon style, which is called Chinese Imari. At the same time, European kilns, such as Meisen also tried to copy Imari and Kakiemon. Export of Imari surged again in late 19th century (Meiji era) when Japonism flourished in Europe. RRCirca = 1890Item Reference 5043aHeight = 14.00 inches
Condition = Excellent Windsor House Category = Lamps