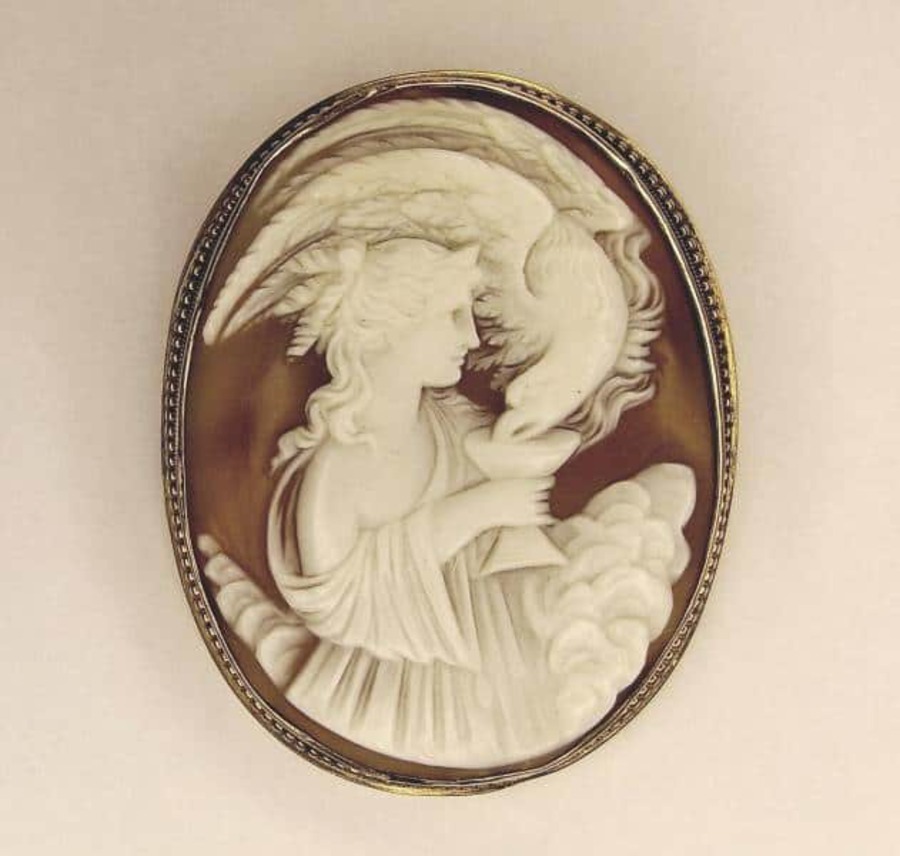 Finely carved bull's mouth shell cameo of Hebe, shown with Jupiter's eagle drinking nectar from the cup she holds. She was the daughter of Jupiter and Juno, and married to Hercules. Torre del Greco, near Naples, was, and still is, the cameo carving centre of Italy, although many carvers were located in Rome. The cameo is simply mounted in 9ct gold (as tested) and was made circa 1860, where these cameos were carved for tourist travelling round Italy on the Grand Tour. It is 2 1/4 x 1 3/4 inches: 60 x 46 mm. It has had a strenthener behind the pin, and also has a pendant ring at the top.