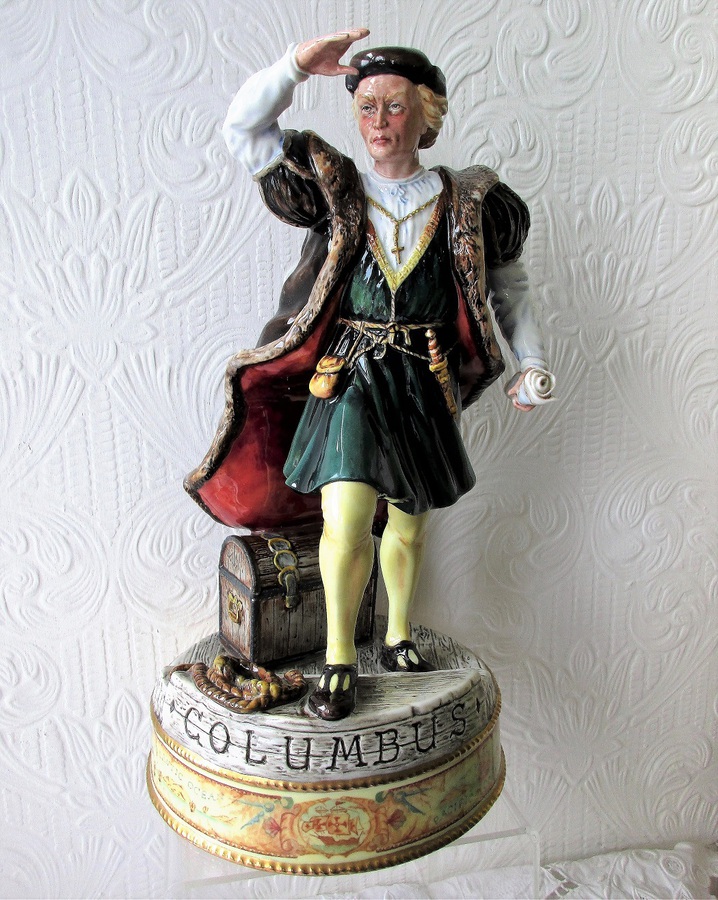 This large and imposing Late 20th Century Royal Doulton Porcelain Figurine, "Christopher Columbus" ~ HN 3392, was designed by leading Doulton artist Alan Maslankowski, and issued in this green, brown and red colourway in 1992 in a limited edition of 1,492, this of course to coincide with the year of the intrepid navigator's expedition, 1992 being the the 500th Anniversary of his epic voyage, this particular piece being numbered 1140. The underside fully marked in gilt with the Royal Doulton backstamp together with details of the Limited Edition, viz :- Christopher Columbus, facsimile image of the navigator's ship, the Santa Maria, From a limited edition of 1,492 to mark the 500th anniversary of the discovery of the new world. This No. 1140, Modelled by A. Maslankowski, { facsimile signature }, © 1991 ROYAL DOULTON, Exhibited at the British Pavilion EXPO'92, Seville, Spain, plus in black script, the Painter's Monogram BE.