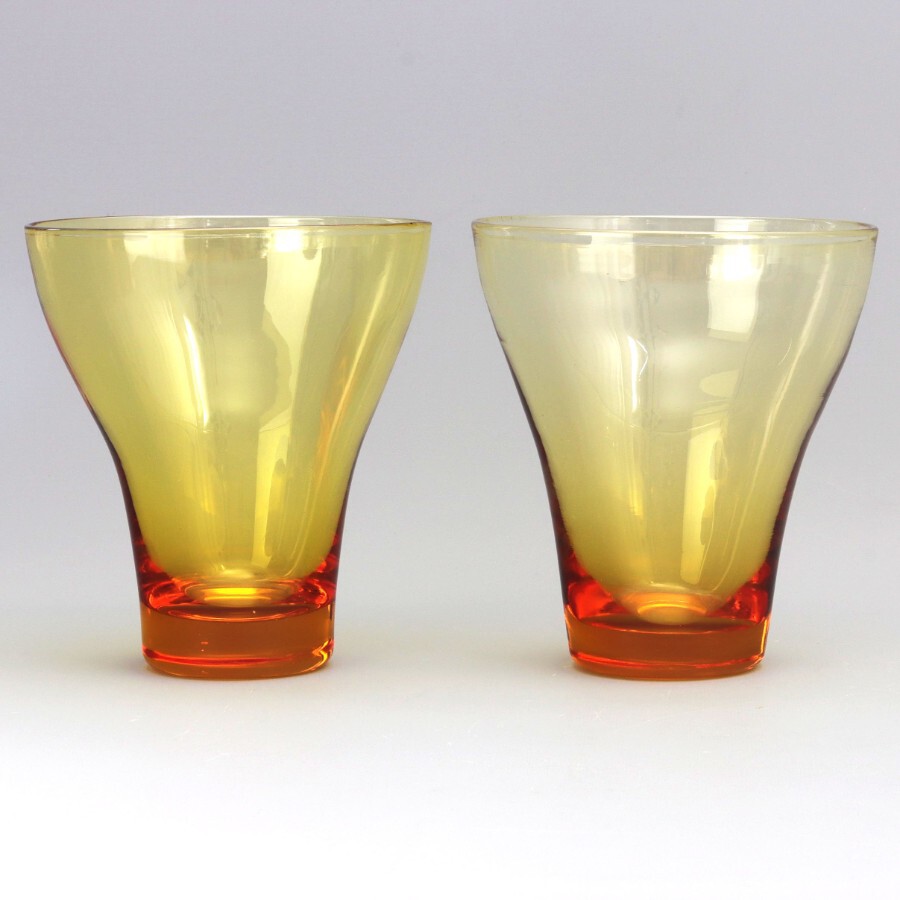 Pair of Powell & Sons (Whitefriars) vases designed by Barnaby Powell in 1934 (pattern number 8971). Vases in gold amber, their shape representing a lotus flower before fully opening. Ground pontil mark to base. The vases measure 18 cm in height.
These vases are in excellent original condition commensurate with age. No chips, cracks or scratches.  Please see images as these form an important part of the description.