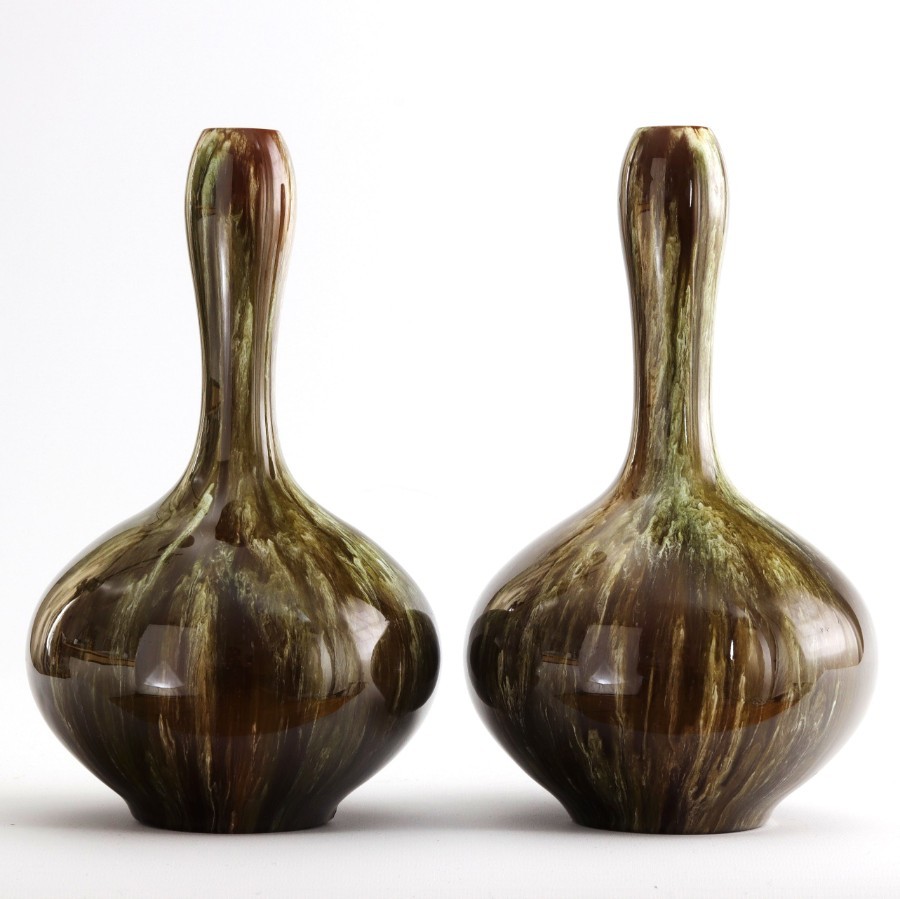 Gorgeously glazed pair of Aesthetic Movement vases from the Linthorpe Pottery c1885. Low shouldered bottle-shaped vases with elongated necks, swollen at the rim. Streaked glaze in rich tonal browns, russets and creams. Impressed Linthorpe Pottery mark visible to base of one - obscured by glaze run on other (as is commonly seen on Linthorpe). Both with impressed design number 417. The vases measure 23.5 cm in height.
These vases are in excellent condition commensurate with age. No crazing, chips, cracks or restoration. Very minor glaze flaws from original firing. Please see images as these form an important part of the description.