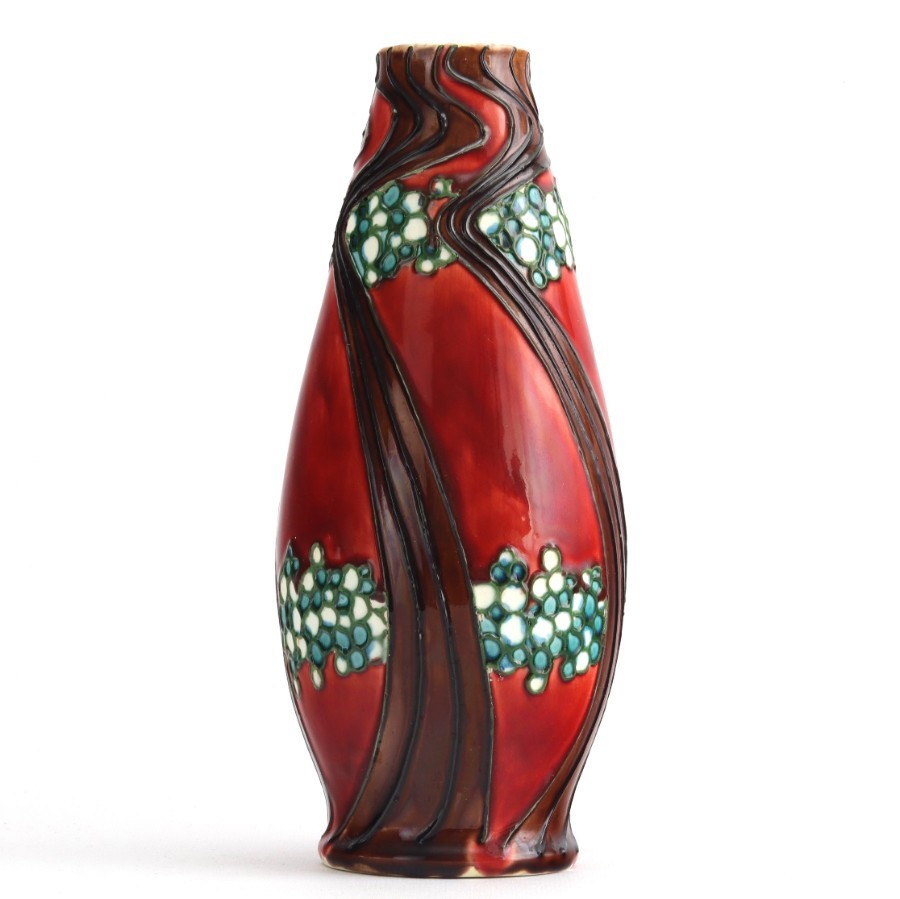 Vividly coloured Minton Secessionist Ware vase designed by Leon Victor Solon c1905. Tapering ovoid body. Stylised organic whiplash tubelined decoration over a strong red glaze. Printed Minton Ltd mark and No.14 to base together with impressed marks (largely obscured) and incised number 3337. The vase is 24 cm in height.
The vase is in excellent condition commensurate with age. No chips, cracks or restoration. Fine crazing to pale yellow glaze. Extremely minor signs of age. Please see images as these form an important part of the description.