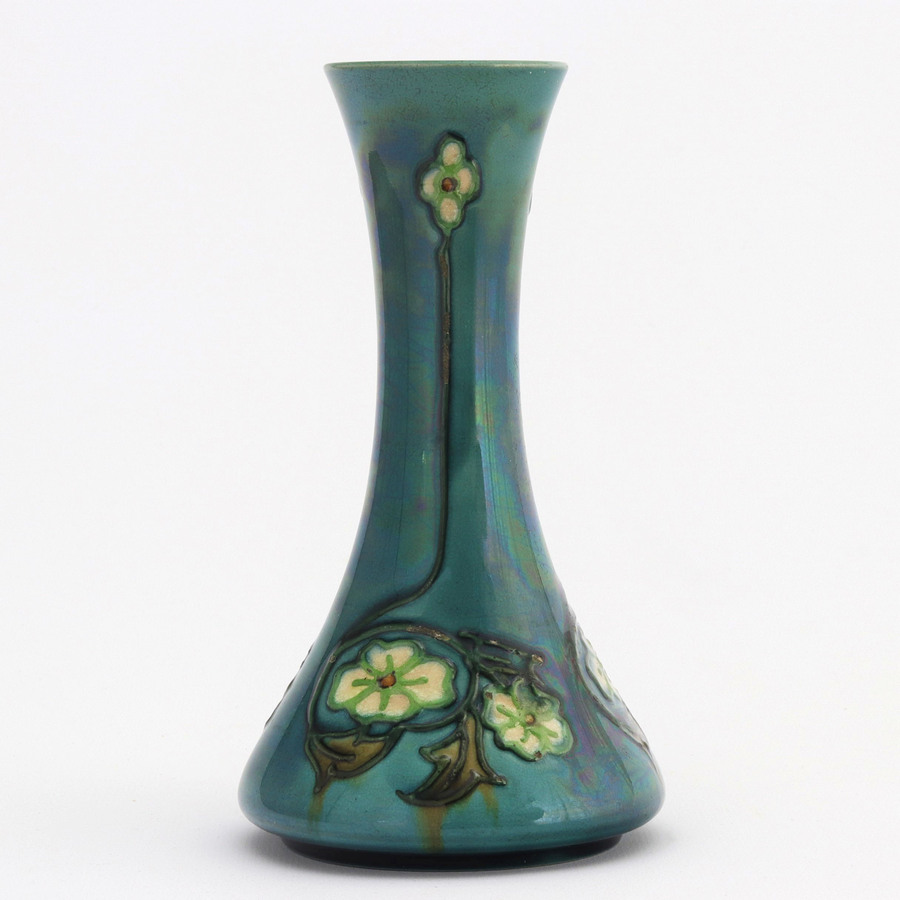 Very Art Nouveau Minton Ltd Secessionist vase designed by Leon Victor Solon c1900. Conical body with flared neck and rim. Stylised Art Nouveau floral design picked out in cream and green. Whiplash tubelined decoration over a turquoise ground with unusual iridescence to the body. Printed Minton Ltd mark and pattern No.33 to base. The vase measures 17.5 cm in height.
This vase is in overall very good original condition commensurate with age. No chips, cracks or restoration. Fine crazing throughout (as is commonly seen with Minton Secessionist vases) and miniscule glaze loss to inside rim. Evident that this vase was originally fired at a higher than usual temperature - resulting in scorching and pitting to some of the tubelined decoration but also giving the unusual iridescence to the body. Please see images as these form an important part of the description.