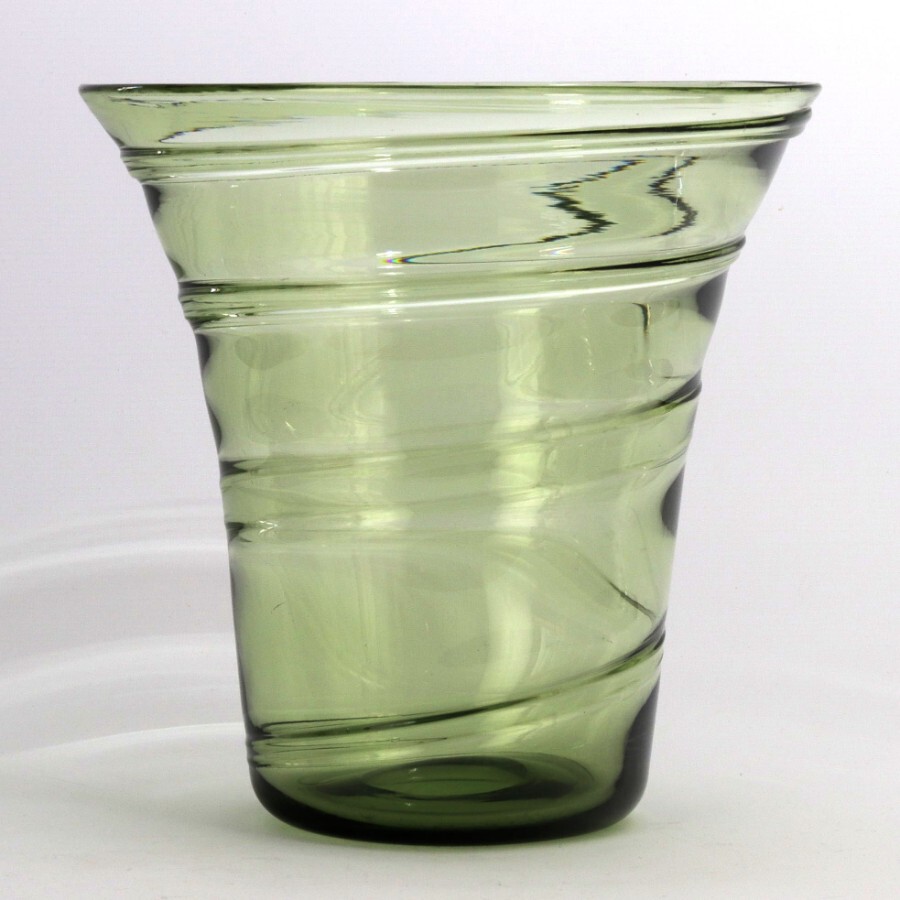 Large sized Whitefriars ribbon-trailed glass vase in sea-green c1930s (pattern no. 8886). The ribbon-trailed series was designed by Barnaby Powell from 1932 and launched at the British Industrial Art (BIA) Exhibition in 1933. This shape of vase with ribbon-trailed decoration was designed in 1932 and produced in three sizes - this example being the larger size. Ground pontil mark to base. The vase measures 27 cm in height and 27 cm diameter at the rim.
This vase is in very good condition commensurate with age. No chips, cracks or scratches. Surface scuffs and minor scratches not obviously visible when displayed. Please see images as these form an important part of the description.