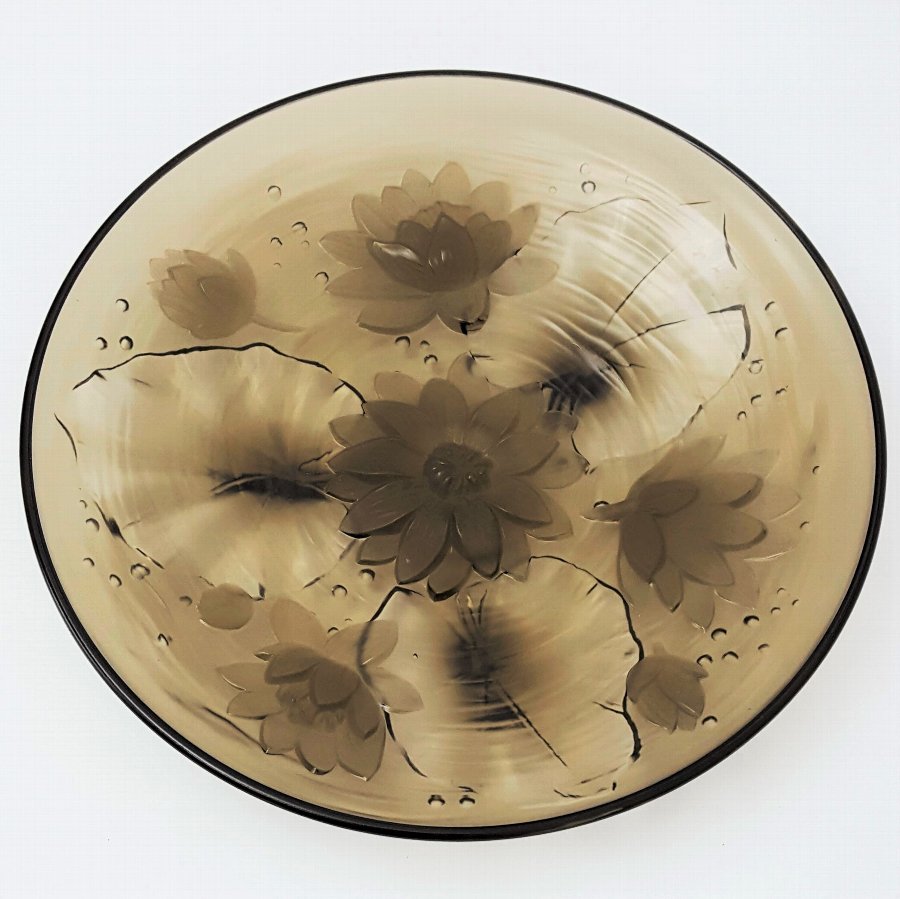 In 1920, the Societe Holophane Français was set up as a subsidiary of the USA Holophane Company in a glassworks near Rouen in Northern France originally to make vehicle headlights. By 1925, they had expanded into making art glass vases and bowls creating a separate department for these products named "Verlys".  Initially the pieces were blown vessels with several layers of glass, smooth on the outside with internal decoration. From 1933 onward, Verlys focused on high quality moulded glass – producing clear, frosted, opalescent and coloured items with designs typical of Lalique-style glass of the 1930s. In 1935, they established "Verlys of America" in Newark, Ohio.  Moulds were supplied from France for the Ohio works.  Many of the same items were simultaneously made in France and the USA.  American glass was signed with a diamond-point-scratched name, whilst French pieces were marked with a moulded signature. Production in both France and the USA declined during WWII, as the company increasingly focused on industrial products.  From 1940 the Verlys art glass was progressively abandoned in both countries until it ceased altogether circa 1951-52. In 1955, some of the Verlys molds were leased to Heisey Glassworks, which produced a limited range of Verlys designs until 1957.  These pieces were not signed. In 1966, the surviving Verlys molds were sold to Fenton Art Glass Company, which produced some items in distinctly different colors than Verlys.  They did not use the Verlys name.