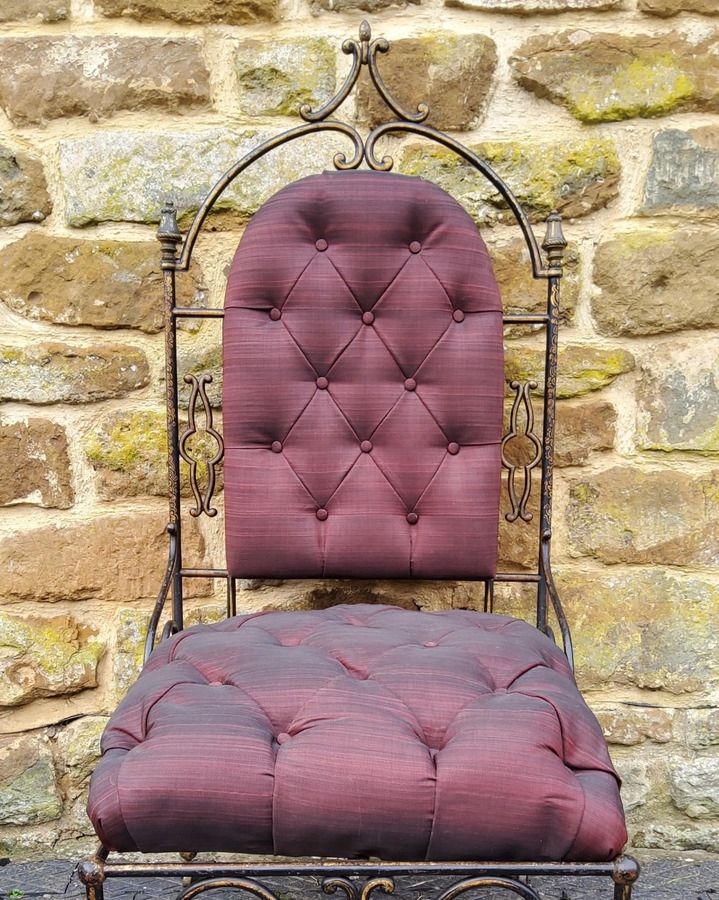 antiques available from other sellers in antique furniture > chairs

Statementpiece has 1 antique for sale.
click here to see them all

Lady Diana was born into the Manners family, the Dukes of Rutland, in Bruton Street, London on 29th August 1892. She spent part of her teenage years at the ducal seat, Belvoir Castle, Rutland. She married Conservative politician, diplomat and author Alfred Duff Cooper, in 1919. Their son John Julius Norwich, the diplomat and historian, was born in 1929.Duff was made ambassador to France in 1944. After leaving the ambassadors residence they moved to Chateau de Fermin, Chantilly where they remained until 1960.From the 1920s onwards Diana was friends with many of the leading actors, artists and writers of the period including Cecil Beaton, Nancy Mitford, Evelyn Waugh (Waugh and Mitford knew her as "Honks" *), Graham Greene, Greta Garbo. Diana was herself and actress on film and stage. She was given the epithet, "the most beautiful woman in the world" and was painted by Sir John Lavery among others.
(*When Nancy Mitford started on her first biography, a life of Madame de Pompadour, she found it difficult to imagine who her readers would be. So she asked her friend Evelyn Waugh to “just put on a P.C. [post card] the name of a typical reader—he whom I should be out to entertain without irritating.” He suggested two friends to whom a number of letters in this collection are addressed:Honks & Pam Berry [i.e., Lady Diana Cooper and Lady Pamela Berry, the wife of the proprietor of The Daily Telegraph and a famous political hostess]…"Write for the sort of reader who knows Louis XV furniture when she sees it, but thinks Louis XV was the son of Louis XIV and had his head cut off."
Love From Nancy: The Letters of Nancy Mitford, edited by Charlotte Mosley)The chair.Diana had a home in Little Venice whose interiors were photographed by Derry Moore and published in several books, including, "The English Room" in 1985 with co-author Michael Pick. The cloakroom, page 123, features this chair.It is almost certainly French and dates to c.1870-1880. It probably came from Diana's Chantilly home. Constructed of black painted tubular iron with gold arabesque patterns and lines in a gothic manner. There are four brass castors and two ormolu finials (one top half replaced). The back and seat are upholstered in the original dusky red horsehair fabric, as it appears in the photograph, over springs.A unique and substantial chair with impeccable provenance to grace your conservatory, bedroom, lounge or indeed perhaps cloakroom...ProvenanceLady Diana Cooper, London (probably Chantilly).
Sale of Little Venice, London house contents on behalf of John Julius 2nd Viscount Norwich, by Dreweatts, Newbury. November 2016. Lot 33 (Note: the top half of the left finial was missing at the time of this sale and is now in facsimile).

Selling surplus items from my private collection. Items can be collected from North Oxfordshire, on the edge of the Cotswolds, or delivery can be arranged for an extra fee.

Other antiques available from statementpiece

Statementpiece has 1 antique for sale.
click here to see them all