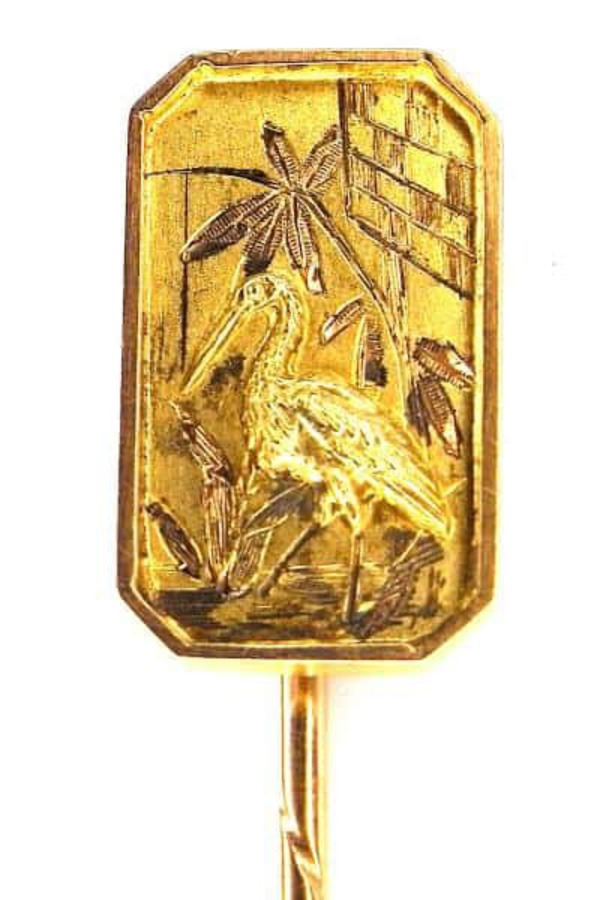 Japan was all the rage between approximately 1875 and 1885 as a result of Arthur Lazenby Liberty's visits to Japan, from which he brought back silks, lacquers, prints, ivories and all the other marvellous crafts in which the Japanese excelled, but which were almost unknown in the West, as Japan had long refused to admit foreigners, until forced into trading with the outside world by the threat of American force. Gilbert and Sullivan's 'The Mikado' was a skit on this Japonisme, and the satirical magazine 'Punch' was not slow to mock, either. Hence this beautiful little lapel pin, its rectangular head applied with a slightly greenish gold stork, the frosted yellow gold background engraved through to the red gold beneath with bamboo and a section of shoji screen. The head is approximately 3/4 inch : 18 mm in height.