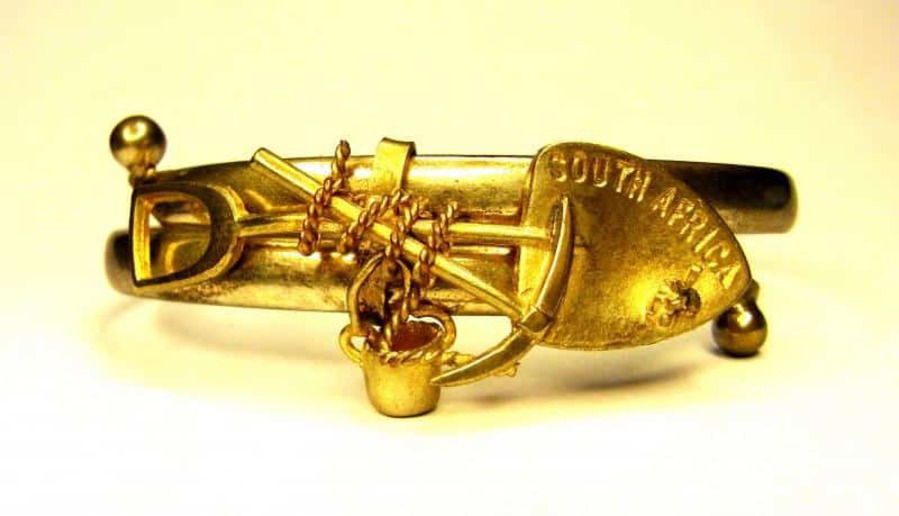 N.Bloom & Son has 280 antiques for sale.
click here to see them all

Quite a lot of gold-mining jewellery was produced during the various gold-rushes of the late 19th century in America, Australia and South Africa. Some were made locally, but I believe many were made in Birmingham, the centre for inexpensive jewellery throughout the 19th century, and shipped out to the 'colonies' as South Africa was at the time. Either this was made for an un-successful miner, or he was a cheap-skate gift-giver, as unusually this bangle is in gilt-metal. It has all the usual accoutrements - pick, shovel, rope and bucket, and the bracelet is effectively a spring which pulls open a little to get the bangle on to the wrist. Gold-mining jewellery is collected, and this is unusual for not being a brooch, and for not being gold!

N.Bloom & Son has 280 antiques for sale.
click here to see them all