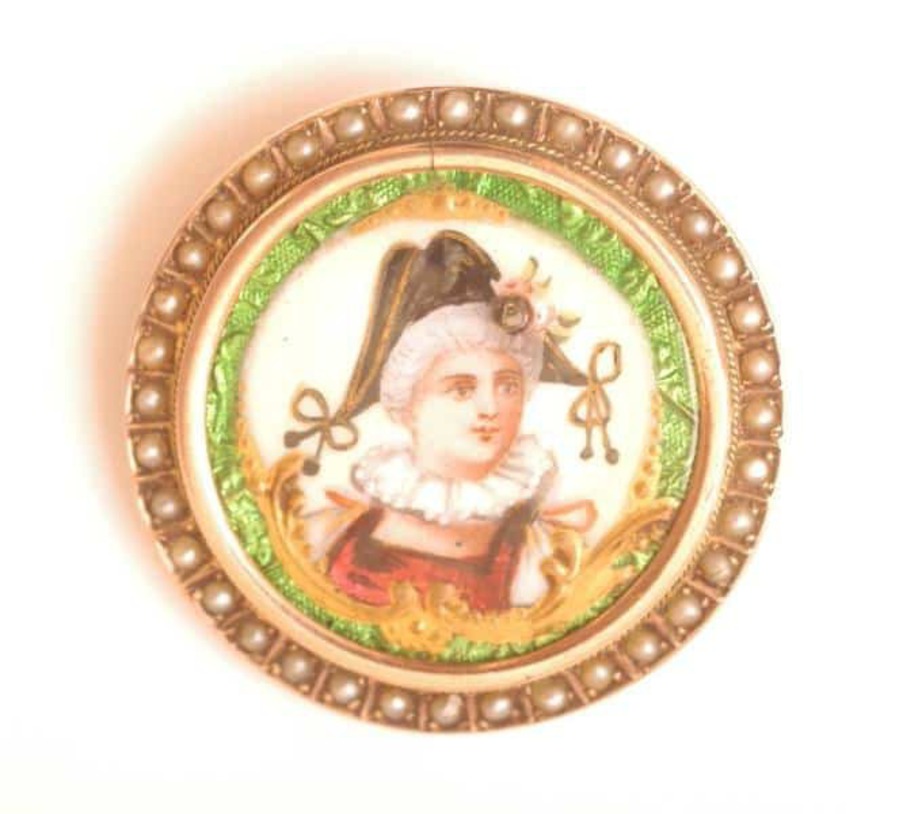 Limoges, now mainly known for porcelain, was in the late 19th and early 20th century equally well known for enamels, ranging from quite sizeable decorative plaques to small plaques for setting into jewellery - and later in the Deco period for colourful geometric enamel vases by Gabriel Faure. The subject of this brooch is Columbine, Pierrot's partner in the Comedia del'Arte plays, and Limoges subjects often harken back to the Renaissance period. Limoges' technical mastery of enamelling has never been surpassed, and there is usually a combination of translucent enamel, often foil-backed as in the border here, and opaque colours. They also specialised in insetting tiny pearls or gem-stones into the enamels, which demanded great skill and a very steady hand! These enamels were sold to jewellers who incorporated them in their own pieces. This one was made around 1890, probably in England, as it tests as 9 ct, with a half-pearl border and a locket back. It is approximately one inch: 25mm in diameter