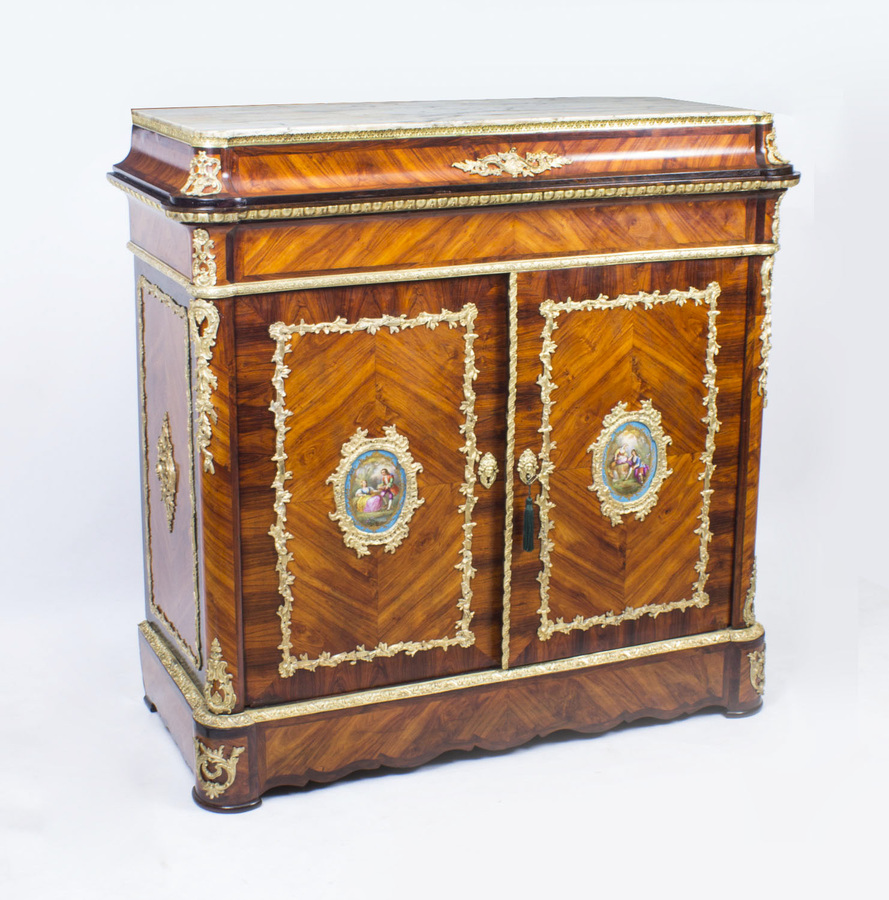 A 19th Century French kingwood side cabinet C1860 in date.