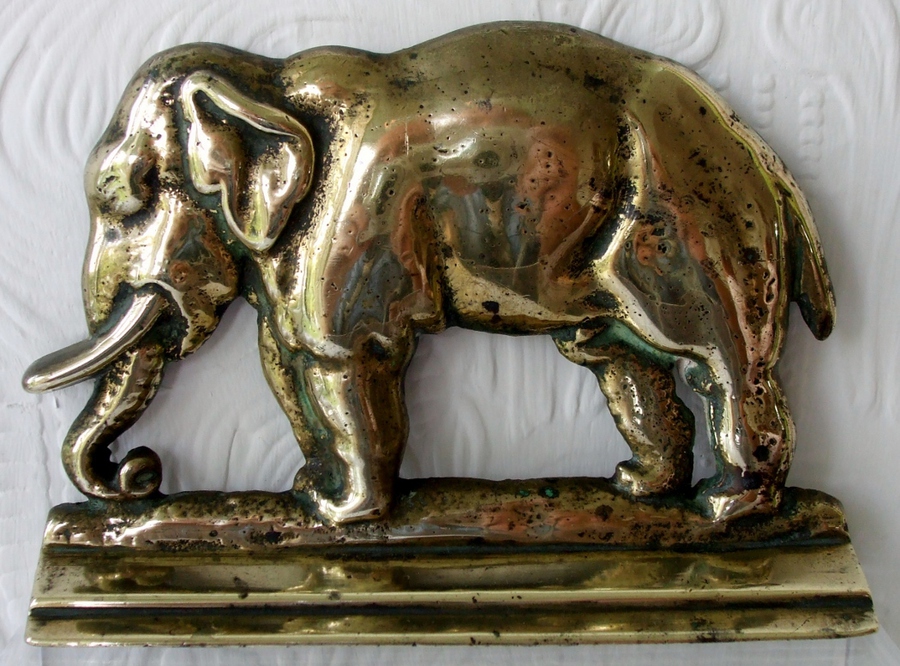 A finely modelled Late 19th Century Brass Chimney Ornament depicting "Jumbo", the African Elephant which so captured the imagination and the hearts of the British public during the early 1880's. Born in 1861, Jumbo, then in London Zoo, was sold in 1881 to P.T. Barnum, owner of the Barnum &amp; Bailey Circus, known as "The Greatest Show on Earth", for 10,000 dollars. So great was popular objection when Barnum's proposal became known, that 100,000 school children wrote to Queen Victoria begging her not to sell the elephant. The petition was, of course ignored, but the elephant's fame turned its name into a household word, with "Jumbo size" subsequently coming to mean "very large".

Founded in 1975, and celebrating our 47th Year in the Trade in 2022, Applecross are "Dealers in the Old, the Rare, and the Beautiful", with an emphasis upon carefully selected and warranted Georgian, Victorian, and Vintage small Antiques and Collectables, ALL Guaranteed and offered with our unique “Applecross Warranty”, together with a vast archive of Catalogues, Art and Antiques Journals and Reference Works. Rarely the cheapest but ALWAYS up there with the BEST ~ Long after you've forgotten the price, you'll still be enjoying your purchase.