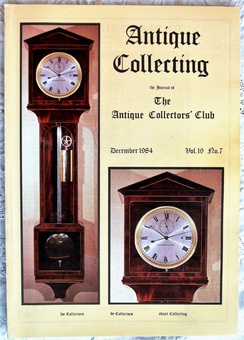 BUY this scarce journal NOW with your Debit / Credit Card via STRIPE our Ultra Secure Payment Gateway, via PAYPAL or by DIRECT BANK TRANSFER ~ Simply make your selection at the Checkout.
Price: £30.00