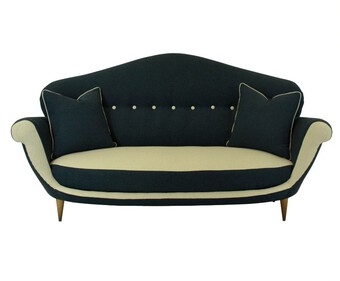 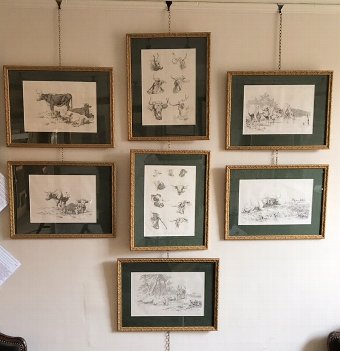 They were originally done by London Publisher Georg Jacob Vollweiler (London) successor to Philipp André and the Artist was Robert Hills (British, Middlesex 1769–1844 London) a set of these (36) prints are in the Met Museum, Fifth avenue, New York. Roberts Hills (26 June 1769 – 14 May 1844) was an English painter and etcher.Hills was born in Islington. He initially studied under John Gresse, then enrolled at the Royal Academy of Arts in 1788. He primarily painted rural scenes, particularly farm animals.] A number of his renderings can now be found at the British Museum.Georg Jacob Vollweiler (29 November 1770 – 17 November 1847) was a German musician, noted as a teacher. For a period he was manager of the London branch of Johann Andre's publishing firm.In 1805 Vollweiler moved to London, to managed a branch of the André publishing business established there by Philipp André, brother of Johann Anton André who now headed the business. Printing was by lithography, at that time a new process, which the firm called "polyautography". Vollweiler published several "specimens of polyautography" as well as music. In 1807 Johann Anton André closed the London business and Vollweiler returned to Germany; he continued to work for the firm in Offenbach am Main until 1818 27 x 37 cms each lithograph image only