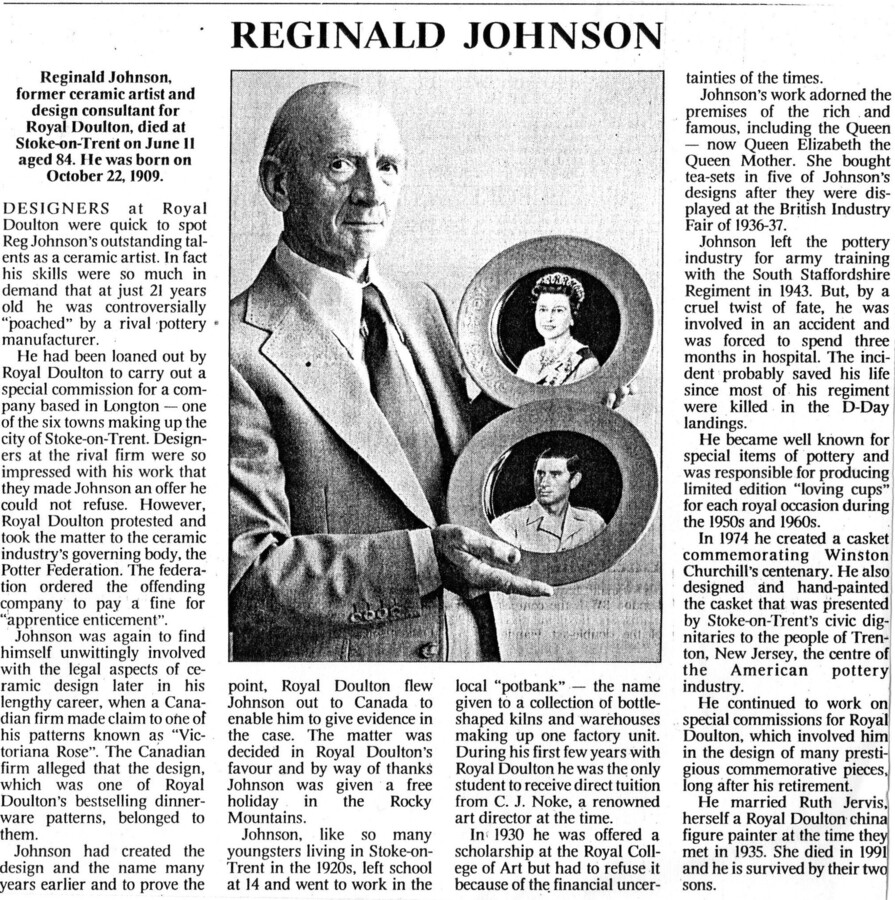 Reginald Johnson was a Design Director for the Royal Doulton group, working mainly for the Paragon and Royal Albert brands. His Royal Albert bird plates from the 1980s are much appreciated by collectors and his commemorative designs for Paragon have celebrated many royal occasions over the years. For the Silver Jubilee of Queen Elizabeth II in 1977, he modelled an impressive limited edition loving cup for Royal Doulton, a revival of Charles Noke’s commemorative designs from the 1930s. Johnson was the perfect choice for this commission, having studied under Noke when he first joined Doulton at the age of 14 in 1923. One of his first recorded pieces was the imposing Cathedral vase modelled by Noke and painted by Johnson.

Johnson also modelled character figures in the style of Royal Doulton at his own studio. These were individually potted and hand-painted for his own signature collection. His subjects were varied and included characters from Arabian bazaars, a favorite subject with his mentor Charles Noke. Johnson was also inspired by Old Master painters and modelled a portrait of Rembrandt as well as figures after famous paintings by Gainsborough. Reg Johnson’s studio figures are hard to find today and his work is greatly appreciated by connoisseurs of character figures.*** With acknowledgement to Times Newspapers Ltd. and Messrs. Pascoe &amp; Company of Miami for information contained in this article. ***