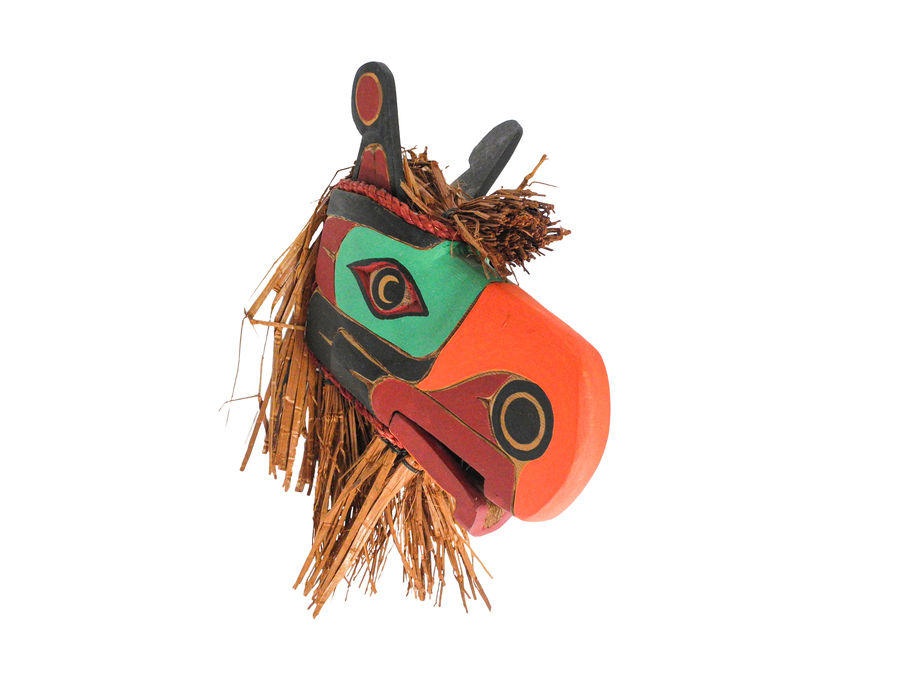 Gunilda has 21 antiques for sale.
click here to see them all

A Hand carved Thunderbird decorated with traditional Pacific Northwest paint colours found in nature. Made from red cedar with a moving mouth. His plumage is represented with cedar bark.

The ThunderbirdThe Thunderbird is considered by many of the First Nations of the Pacific Northwest to be the most powerful of all mythical creatures. Represented atop Totem poles and synonymous with First Nations tribes throughout Canada and America. It is said to possess wings as large as two canoes, hunt whales using its large talons, have snakes under its wings, shoot lightning bolts from its eyes and to be the source of a thunder clap whenever hunters get too close to its nest.

Namoquaylis There are countless myths regarding the Thunderbird but one of the most renowned is of The Great Chief (Namoquayalis-"the only one").

Gunilda Arms & Antiques specialises in quality decorative and collectable arms, antiques and curiosities. Over the years we have been able to carefully select the most exquisite pieces and are the ideal company to approach when you seek delightfully unique antiques. Aimed at the collectors and designers market, our inventory items have been carefully selected for their natural fine condition, history and beauty; ensuring they hold their value as excellent investment pieces. Our collections include a broad range of styles with items from the 17th century onwards. Focusing on Flintlock, Percussion and Pin Fire Pistols to exceptionally one of a kind Walking Sticks. We also stock items related to the fields of Hunting, Equestrian and Tribal Artefacts. We are based solely online however, should you wish to view items via appointment or would like to make an enquiry, please get in touch and we can meet you at our London office. www.gunilda.com

Other antiques available from gunilda

Gunilda has 21 antiques for sale.
click here to see them all