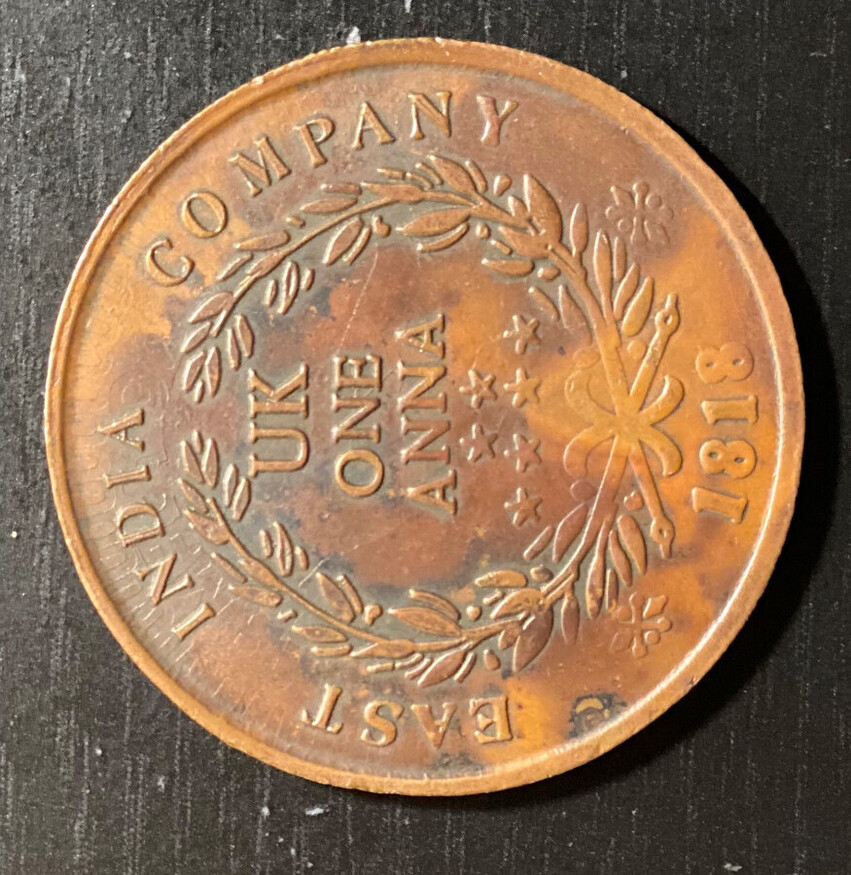 Salil Kapoor has 1 antique for sale.
click here to see them all

In India, these coins were first introduced by the East India Company in the year 1818. These coins were produced with the combination of Copper and Iridium. The metal Iridium is considered as the rarest metal found on earth. Iridium is white, resembling platinum but with a slight yellowish cast. This metal is hard, brittle and has very high melting point.
In the year 1603 AD, the East Indian Company was set up in India with its head office in England. In order to participate in commerce and trading, the British started minting coins according to their new system. It is during this time that these copper iridium coins were introduced. In the year 1616 AD, the British with the help of the Indian sages minted copper coins with copper iridium metal. These coins were handmade and have been engraved with the currency denomination prevalent on one side.

The English East India Company was granted a royal charter by Queen Elizabeth I which allowed trade monopoly with eastern countries including Sumatra, Java, and India. The territories governed by the East India Company were divided into three major administrative regions: Madras Presidency in the south, Bombay Presidency in the west, and Bengal Presidency in the east. Most of the north, however, for a long time continued to remain under the control of the Mughal emperor, and later, local rulers including the Marathas and Rajputs. Each of the three presidencies under East India Company governance issued their own coins until a unified coinage throughout all territories was introduced in 1835.[4] Early presidency issues often imitated local issues and the Mughal design in order to gain wider acceptance by the native population.Early European style coins were not popular outside jurisdiction of their respective settlements. In spite of having their own mints, the EIC either sent its bullion to the Mughal mints or forged the common coins of the contemporary Mughal Emperor. In 1717, the EIC obtained rights to strike coins in the name of the Mughal emperor Farrukhsiyar on the island of Bombay.

Salil Kapoor has 1 antique for sale.
click here to see them all