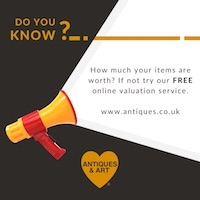 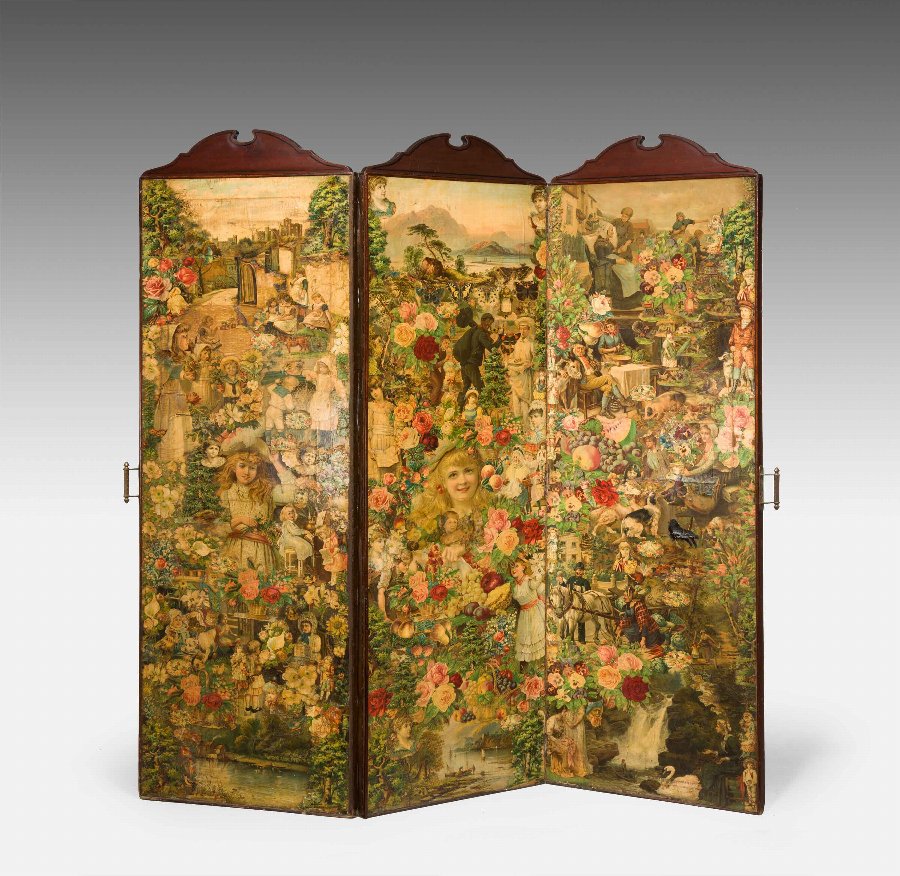 Decalcomania was invented in England about 1750 and imported into the United States at least as early as 1865. Its invention has been attributed to Simon François Ravenet, an engraver from France who later moved to England and perfected the process, which he called "decalquer" (which means to copy by tracing). The first known use of the French term décalcomanie, in Mary Elizabeth Braddon's Eleanor's Victory (1863), was followed by the English decalcomania in an 1865 trade show catalog (The Tenth Exhibition of the Massachusetts Charitable Mechanic Association); it was popularized during the ceramic transfer craze of the mid-1870s.Folding screens were originally made from wooden panels and painted on lacquered surfaces, eventually folding screens made from paper or silk became popular too. Even though folding screens were known to have been used since antiquity, it became rapidly popular during the Tang Dynasty (618–907).During the Tang Dynasty, folding screens were considered ideal ornaments for many painters to display their paintings and calligraphy on. Many artists painted on paper or silk and applied it onto the folding screen. There were two distinct artistic folding screens mentioned in historical literature of the era. One of it was known as the Huaping (Chinese: ??; literally: "painted folding screen") and the other was known as the shuping (Chinese: ??; literally: "calligraphy folding screen").It was not uncommon for people to commission folding screens from artists, such as from Tang-era painter Cao Ba or Song-era painter Guo Xi. The landscape paintings on folding screens reached its height during the Song Dynasty (960–1279). The lacquer techniques for the Coromandel screens, which is known as kuancai (literally "incised colours"), emerged during the late Ming Dynasty (1368-1644) and was applied to folding screens to create dark screens incised, painted, and inlaid with art of mother-of-pearl, ivory, or other materials. Up to around 30 layers of lacquer could be used, each layer could have art incised, painted, and inlaid, which would made the folding screens stand out against its dark backdrop. And with the economy and culture communication with China and foreign countries in Qing dynasty the folding screen was more popular among foreigners home and aboard.RRCirca = 1870Item Reference 6444Height = 77.00 inches
Width = 69.00 inches
Condition = Excellent Windsor House Category = Screens