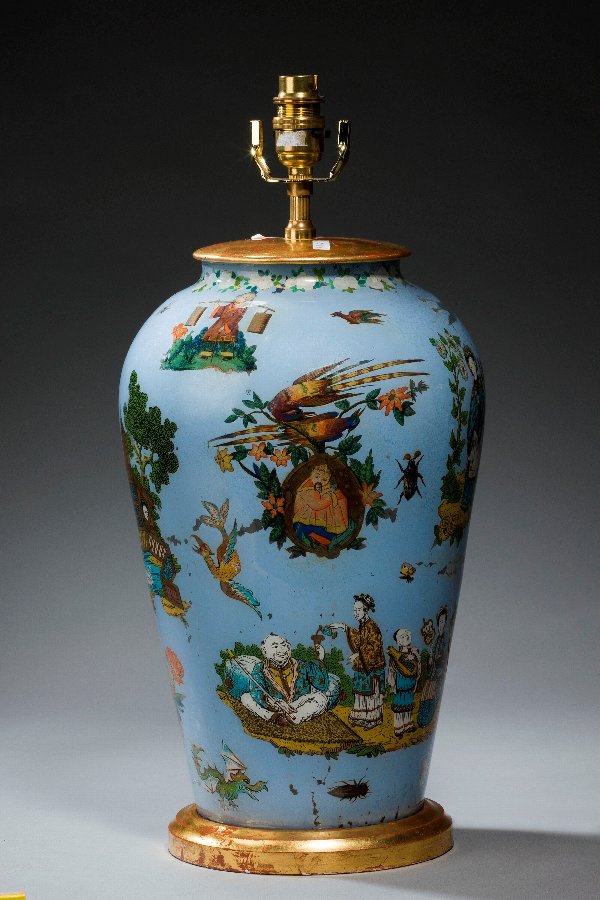 Windsor House Antiques has 654 antiques for sale.
click here to see them all

Decalcomania, from the French décalcomanie, is a decorative technique by which engravings and prints may be transferred to pottery or other materials.Decalcomania was invented in England about 1750 and imported into the United States at least as early as 1865. Its invention has been attributed to Simon François Ravenet, an engraver from France who later moved to England and perfected the process, which he called "decalquer" (which means to copy by tracing). The first known use of the French term décalcomanie, in Mary Elizabeth Braddon's Eleanor's Victory (1863), was followed by the English decalcomania in an 1865 trade show catalog (The Tenth Exhibition of the Massachusetts Charitable Mechanic Association); it was popularized during the ceramic transfer craze of the mid-1870s.Circa = 1920Item Reference 5034Height = 15.50 inches
Condition = Excellent Windsor House Category = Lamps
Click here to contact seller

Windsor House Antiques has 654 antiques for sale.
click here to see them all