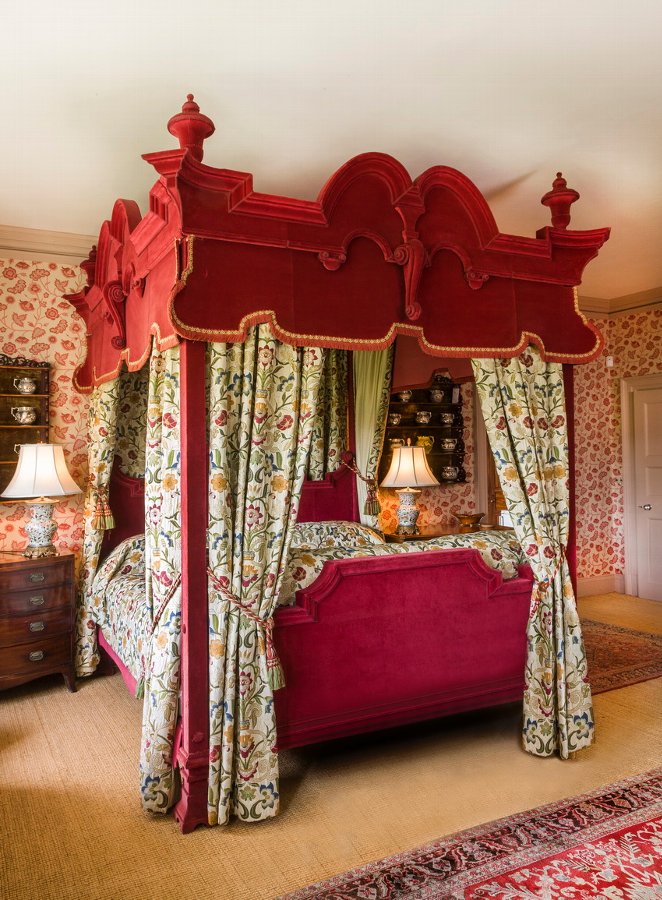 The site of Rathbeale Hall or Rickanhore has been inhabited since early times. Originally it was owned by the Blakeney or Blackeney family. George Blackeney took the King’s side with Luke Netterville in the rebellion of 1641 and was dispossessed of Rickanhore, which was then granted to the Plunkets. The Plunkets lived here until 1751 when the house was sold to Hamilton Gorges to cover debts. Hamilton Gorges had married an heiress named Catherine Keating, and they had the house extensively renovated, and re-named Catherine’s Court. Their only son, Richard had succeeded his father as member of parliament after his father’s death. His only daughter married Sir Marcus Somerville, but they had no male heir. He severed his connection with Swords after the Act of Union, and he donated his £5,000 compensation money to the founding of the Borough School.
Circa 1860Item Reference 3909Height = 117.00 inches
Width = 98.00 inches
Depth = 86.00 inches
Condition = Excellent Windsor House Category = Beds