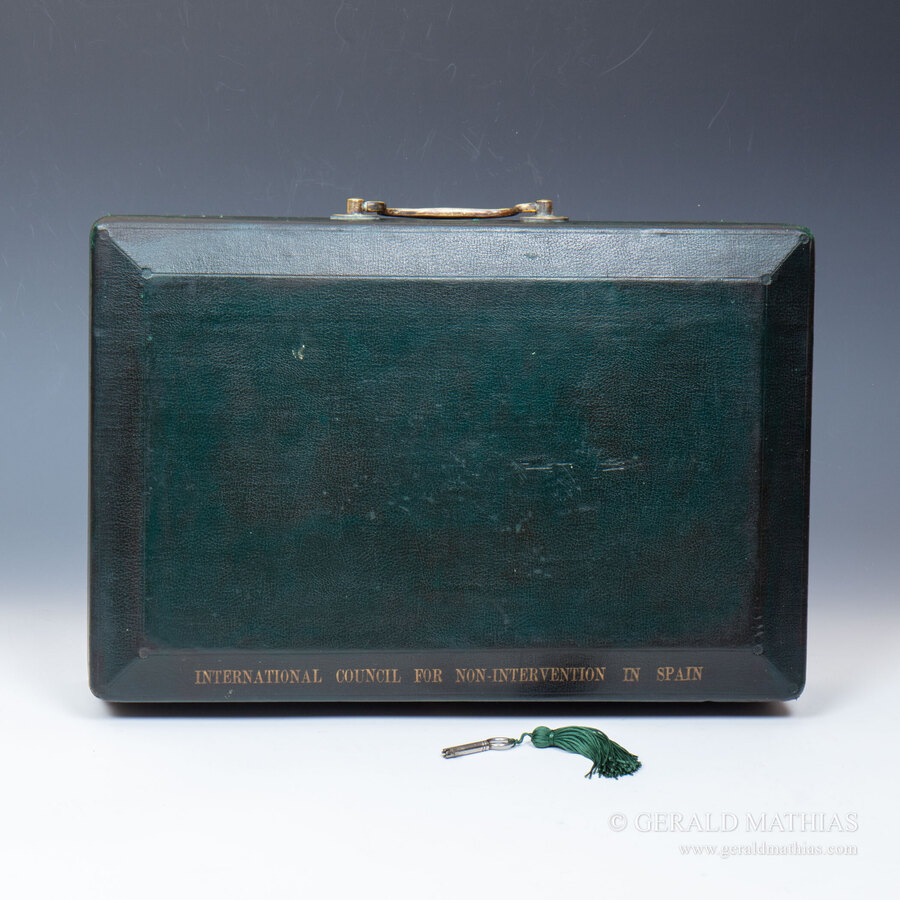 JOHN PECK & SON 7 NELSON SQUARE SOUTHWARK SE1
A George V Period Green Leather Cloth Despatch Box with rear swing handle, the bevelled lid bearing the inscription 'INTERNATIONAL COUNCIL FOR NON-INTERVENTION IN SPAIN'*. The lock is stamped Bramah London and retains its original key. The original paper lined interior, bearing the the maker's stamp in the lid, has raised sides and is equipped with studs to prevent the lid from being dislodged in the event of a heavy knock.

*During the Spanish Civil War, several countries followed a principle of non-intervention to avoid any potential escalation or possible expansion of the war to other states. That would result in the signing of the Non-Intervention Agreement in August 1936 and the setting up of the Non-Intervention Committee, which first met in September. Primarily arranged by the French and the British governments, the Committee also included the Soviet Union, Fascist Italy, and Nazi Germany. Ultimately, the committee had the support of 27 states.