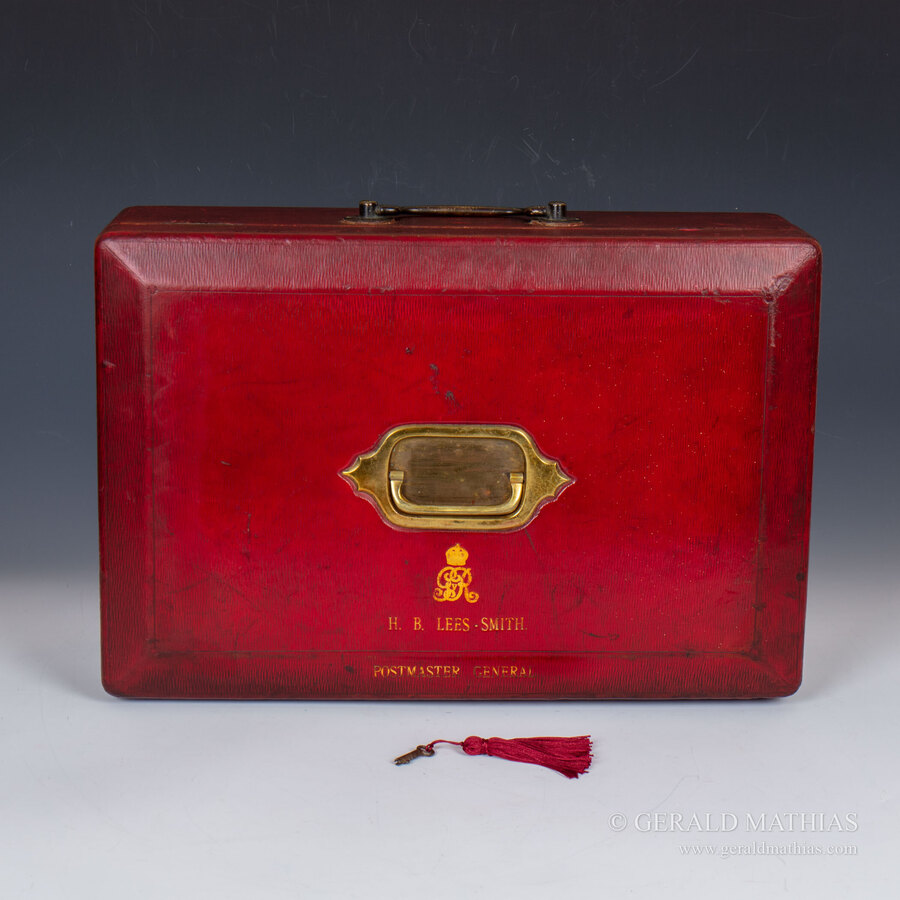 JOHN PECK & SON 7 NELSON SQUARE SOUTHWARK S.E.1. Manufacturers to H. M. Stationery Office.
A full-size Red Morocco Leather Despatch Box, the chamfered top is stamped with the royal insignia of King George V above the name H.B. Lees-Smith* and Postmaster General. There are two handles, one recessed in the top, and a swing handle in the rear for carrying as a brief case. The black leather cloth lined interior has raised sides and trellis pattern banding inside the lid. The working lock is stamped Bramah London and retains its original key.

*Hastings Bertrand Lees-Smith (26 January 1878 – 18 December 1941) was a British Liberal turned Labour politician who was briefly in the cabinet as President of the Board of Education in 1931. He was the acting Leader of the Opposition and Leader of the Labour Party (as chairman of the Parliamentary Labour Party) from 1940 during the time Clement Attlee was in government. When Labour returned to office in 1929 he was made Postmaster General where he defended the nationalised Post Office and tried to smarten up the Post Office counters. In a reshuffle in March 1931 he was promoted to President of the Board of Education and sworn of the Privy Council. In this capacity in June he gave the opening address at the Second International Congress of the History of Science.