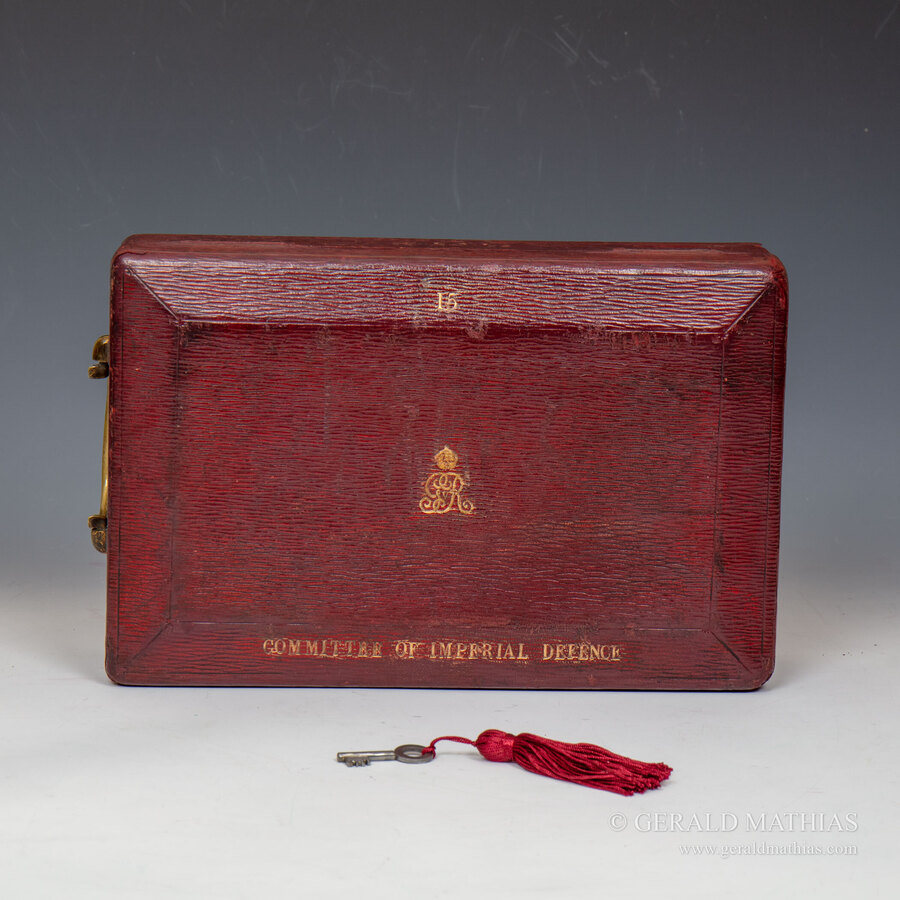 Despatch Boxes were used as a secure way of sending government papers to all parts of the world. They would have undergone rough treatment often to and from fields of battle in wartime. The old adage 'been through the wars,' exactly describes why you often find them in battered condition.
*The Committee of Imperial Defence was an important ad hoc part of the Government of the United Kingdom and the British Empire from just after the Second Boer War until the start of the Second World War. It was responsible for research, and some co-ordination, on issues of military strategy.
The committee was established in 1904 by Arthur Balfour, then British Prime Minister, following the recommendations of the Elgin Committee, chaired by Lord Elgin. It was intended as an advisory committee for the Prime Minister, one that would be small and flexible; it replaced the Cabinet's 'weak and informal' Defence Committee (set up in 1902), which had usually only met during periods of crisis.