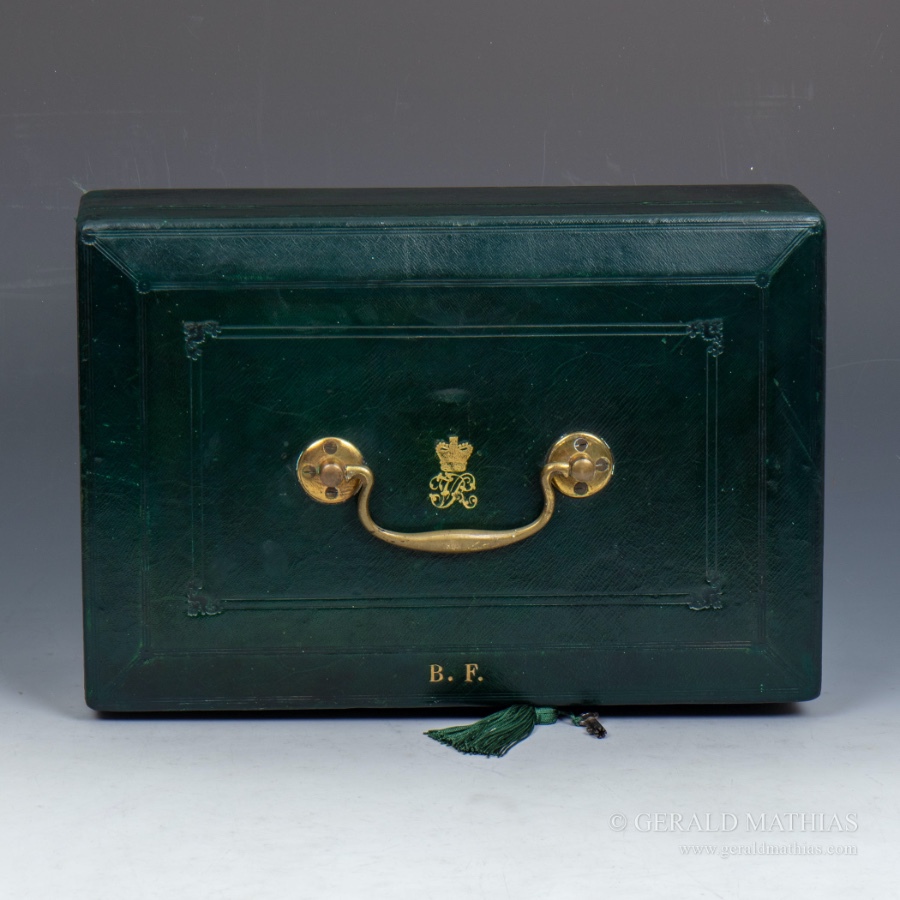 Gerald Mathias Fine Antique Boxes has 41 antiques for sale.
click here to see them all

A Green Morocco Leather Despatch Box, the tooled & chamfered top mounted with a large brass swing handle and embossed with Queen Victorias's insignia below the royal crown, and bearing the initials B.F.
The green leather lined interior has raised sides and stabilising studs.
The seven wafer Bramah Patent lock is stamped S. Mordan & Co.London, and retains its original key.The box comes with the original owner's notebook, and a note which reads as follows:'This box was originally the property of Boldwyn Flemming Esq. He was a Poor Law commissioner,and they were expected to buy the own despatch boxes. - hence the initials. He was a son of James Flemming QC (the first Catholic barrister to be allowed 'to take silk' after the Catholic Emancipation Act) and his wife Julia Canning of Foxcote - a cousin of the Prime Minister. James's younger brother was also a Poor Law Commissioner.'

Gerald Mathias Fine Antique Boxes has 41 antiques for sale.
click here to see them all