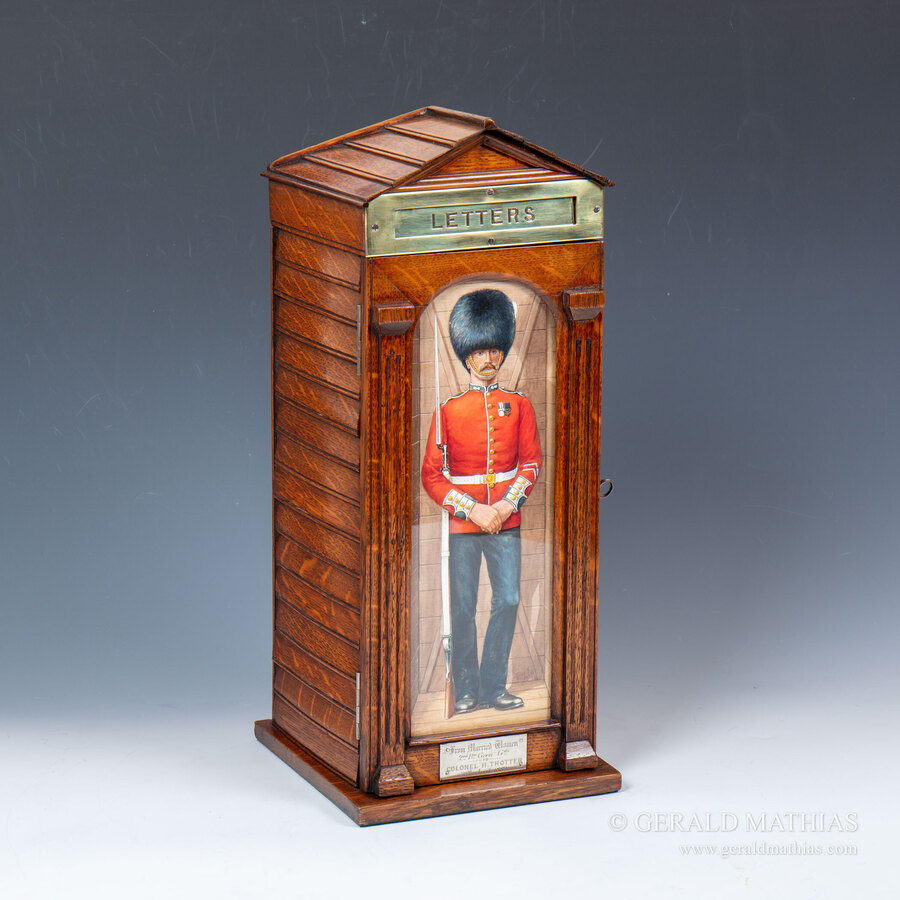 An important Oak Post Letters Box in the form of a sentry Box, with blind slatted sides and gabled roof . The door contains an original signed watercolour behind glass depicting a Grenadier Guardsman in ceremonial uniform inside a sentry box. Above the door the shuttered posting slot bears the word 'LETTERS'. Below the door a silvered dedication panel is engraved with the inscription:

FROM MARRIED WOMEN
2nd. Bn. Gren. Gds.
TO
COLONEL H. TROTTER*
29th April 1889.
•Major General Sir Henry Trotter GCVO, DL was a senior British Army officer. Born in 1844 and commissioned into the Grenadier Guards in 1862, he commanded the regiment from 1889 to 1894 and was promoted to Major-General in 1895, appointed Major General commanding the Brigade of Guards and General Officer Commanding the Home District in 1897, serving until 1903. During preparations for the coronation of King Edward VII in 1902, Trotter acted as Chief Staff Officer to the Duke of Connaught, who was in supreme command of the troops taking part in all military ceremonies connected with the coronation. He resided at Mortonhall, a Georgian country house on the southern edge of Edinburgh. The Trotter family acquired the estate in 1635 and the house was built in 1769. Trotter and his wife had four sons and a daughter; all the sons all had military careers although two were killed in action during the first World War.The last picture shows Colonel Trotter on his horse.